Is Kenneth Choi Married Man With Wife Or Just Committed To Hard work? 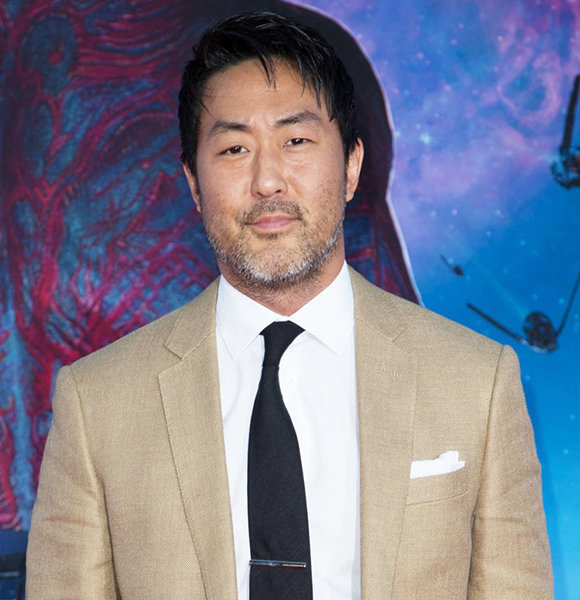 Let's talk about 'The People v. O. J. Simpson' star Kenneth Choi, who is famous for his role as Henry Lin on the FX series Sons of Anarchy. His professional life does not need any further establishment, but his personal life remains out of the radar till this date.

Well, if you are a fan of Kenneth Choi, then you are in for a treat, as today, we are about to clear out the hype regarding his dating affair as much as possible!

Kenneth Choi is one of those celebrities who prefers to keep his personal life wrapped in his sleeves. He has managed to create a huge fan base because of his astounding acting ability, who are always curious to know about his dating affairs and wonder if the actor is married.

However, the 46-year-old has not been linked romantically to anyone so far. No one has come close to being Kenneth's wife or girlfriend. Given his lack of dating concerns, many people speculated him to be gay.

Kenneth barely talks about his personal life and doughs every question related to his relationship status, so no confirmation regarding that matter remains available.

While looking for his dating affair is like searching for kryptonite, his work and career are quite approachable. Kenneth has an engaging journey that begins with a frustrated business student who ended up in the Hollywood, and he is now an actor with a net worth of over $2 million.

In an interview, the actor recalled his first conversation with his dad about his passion for acting. As per Kenneth:

"So I told my extremely conservative, uber-traditional Korean father, 'Hey dad, I know what I want to do for the rest of my life. I want to be an actor. And I remember we were standing in the kitchen and he looked at me with this discerning look that he's given me my entire youth. And he said, 'I cannot believe one of my sons would say something so stupid.' "

He still landed in business school despite the confrontation. After getting frustrated from college, Kenneth ran away to Portland first, then Hollywood in search of his big break. The actor worked in Portland to collect enough money for his acting class and later moved to Los Angeles to become an actor.

Throughout his struggle that lasted five years, he was out of contact with his family and friends. Well, his effort finally paid off when he got his role in the series The West Wing and Roswell. He was able to get recognition as both comedian and dramatic actor from the series, and after that, there was no stopping for Kenneth!

After his debut, Kenneth has been in some of the renowned series, such as Martial Law, Glee, House, Last Man Standing, Heroes, 24 and much more.

Kenneth later reached out to his long-lost father after gaining fame and name he desired. As per Kenneth:

"When I moved to Los Angeles, I figured I'm really going to make an attempt to become a real actor. And when I did that, I thought it was time for me to face my parents and tell them what I did."

"I didn't know what was going to happen. I thought he was going to punch me in the face because you just kind of don't do that, right?"

When he went to see his dad, he was already waiting for him in the room.

"He was five years older, and he just put his arms out, gave me a hug, which he's never done his whole life. And then he said, 'I respect you for this,' It was the first time he said, 'I love you' to me, and it was the most amazing conversation I've ever had. And to this day when we get off the phone, I say ... 'I love you' in Korean and he says it back."

He also added that his parents do not miss out any of his movies, which include big-screen films like The Wolf of Wall Street, Captian America: The First Avenger, The Terminal, Undoing, The Harsh Time, and Spiderman: Homecoming. Kenneth Choi for his role in The Wolf of Wall Street (nextshark.com)

Looking at his dedication and the timeline of his career, it proves that he is really committed to his work and is set to achieve more success in the future!