By LRU Writer | On: November 18, 2018
Kenny Florian Dating Affair Escalated! Is Now Enjoying Lavish Married Life With Actress Wife The forty-one-years-old retired American mixed martial artist Kenny Florian is one of them, whose married life is very overwhelming. Today, let’s have a look at Kenny Florian’s married life and his relationship with wife. 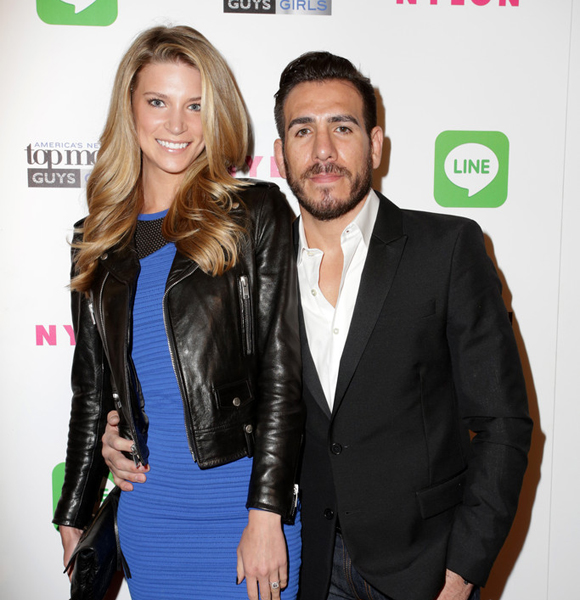 Love is a beautiful feeling, and everyone wants to be truly loved. But in the quest for love very few taste the success, making it a successful love story.

FOX Sports personality Kenny Florian got married to his long-time girlfriend, model Clark Gilmer in October 2014. The pair enjoyed a private wedding, where their family and close friends witnessed the bride and groom exchanging vows. Florian got engaged to Clark in January 2014. He revealed the news about his engagement by sharing a picture of the surprise proposal on Instagram.

He shared the photo along with a caption,

“Had quite a few ninjas who helped me with this secret operation, a BIG thank you to you all who made this proposal a success! A master ninja, @James_law1 snapped some amazing photos. Here’s one of them that captured @ClarkGilmer in the moment. I love this girl so much but it didn’t stop me from ‘punking her’.”

In the picture, Florian was seen on his one knee while Clark freaked out, but sadly, Florian has been removed now, probably because of some privacy concerns.

Florian’s girlfriend-turned-wife, Clark Gilmer is a model and actress. If you have noticed, she has appeared on "Millionaire Matchmaker," "America’s Next Top Model" and in the Academy Award-winning movie "Argo."

Kenny has been enjoying a blissful married life with his wife, and we have no any records of their sour relationship. The pair is not shy at all in flaunting their married life via social media.

On November 2016, Florian mentioned his wife in his tweet and said that his wife won a great bet, following which he will borrow money from her.

Likewise, Clark has also been posting the pictures of her husband on Instagram. She recently shared a picture of her handsome husband with the caption-

Well, another interesting part about Clark’s Instagram is the bio, which hints how happy she is as Florian’s wife. Her Instagram bio reads-

On September 2015, the MMA fighter, who has a professional fight record of 14 wins and 6 losses without any draws, moved into a $2.75 Million Hollywood Hills West mansion along with his wife, Clark. The LA Times has described Florian's lavish house as-

"The remodeled English Country-style home, built in the 1920s, centers on a formal living room with barrel vault ceilings, dark wood floors and a fireplace. A chandelier-topped dining room done in zebra-print wallpaper sits off the living room. Other spaces include a step-down den and a kitchen with a center island. Two master suites are among the four bedrooms and four bathrooms. Outdoors, hedged grounds of about a third of an acre feature a swimming pool and spa with a waterfall feature. A detached garage/studio sits behind gates at the front of the home."

Florian has remodeled the house during his ownership with the broad range of contemporary updates. And according to reports on earlier this year in March, Florian and his wife kept their Hollywood Hills West home on the market for $3.1 Million.

Stay with us for further updates on Kenny Florian!