Kenny Holland Adds Girlfriend To Family; From Dating To Wedding! 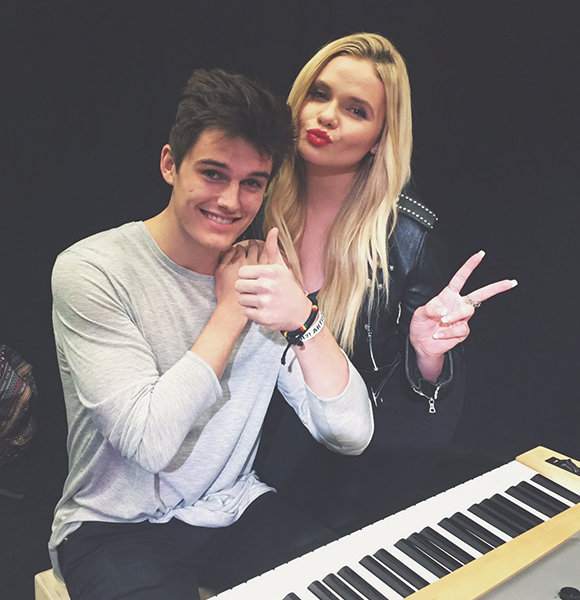 He also has an eponymous YouTube channel with over 475K subscribers. There, he often posts covers and his original works.

Kenny was born to Ken McCormick and Kelly McCormick on 1st May 1995 in Vernon, Arizona. His father is a loan specialist working with American Financial Lending, Inc.

The young musician also has five siblings, all sisters. They are named Madison, Camry, London, Bria, and Capri.

The pop singer is married to Nicole Mitchell. They got engaged back in July of 2017 and tied the knot on 29th September 2017. Just a day before the wedding, Kenny shared the proposal moment in a video titled “PROPOSING TO MY DREAM GIRL 800 flowers” with his fans via YouTube.

The YouTuber was born and raised in a musician family. He started learning to play the piano when he was eight. When he reached the age of 14, he began performing professionally.