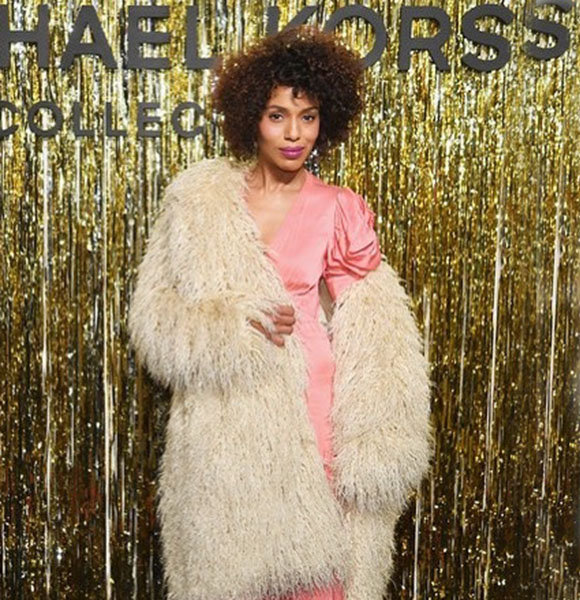 Also to add on, the fan following is well curious about the star's romantic and married life with her loving husband.

The actress was born as the only child to her real-estate agent father and an educator mother.

The couple reportedly met in 2009, while Kerry starred in a Broadway play, which husband Nnamdi came to see with his friends. Shortly after, the couple started dating. Their wedding ceremony was held in Hailey, Idaho, at one of Kerry's friend's houses. It was a low-key and intimate ceremony attended by family and close members only making it very precious.

Kerry's husband, Nnamdi, is a former American footballer. During his NFL career, he played with Philadelphia Eagles, Oakland Raiders, and San Francisco 49ers.

Kerry is a mother of two kids with her partner, Nnamdi Asomugha.

Washington was previously engaged to ex-partner David Moscow. The ex-couple started dating in 2003 and got engaged in 2004, but in 2007 they called off their engagement and parted ways.

She is an African-American descendant from her father's side and Jamaican from her mother's side.

The famous actress completed her high school at the private girls' Spence School in New York City and graduated from George Washington University with a major in the Theater Program.

Being an all rounder, Kerry also got admitted to Ivy League prestigious schools, Yale and Dartmouth, but she declined both.

Because of her amazing and rising career, the actress also has a standing and raving net worth of $25 Million according to Celebrity Net Worth.

Stay with us for more updates regarding the star's ongoing massive successful career and also more loving details of her beautiful family of four currently.