Kevin Sussman Hints Ending Married Life With Wife; Has A Partner Now Or Is He A Gay Man?

By LRU Writer | On: May 09, 2017
Kevin Sussman Hints Ending Married Life With Wife; Has A Partner Now Or Is He A Gay Man? Sharing a similar story is Big Bang Theory fame Kevin Sussman, and he hinted on ending his married life with his wife. So, is he indulged with another female partner or has shifted to the gay side? 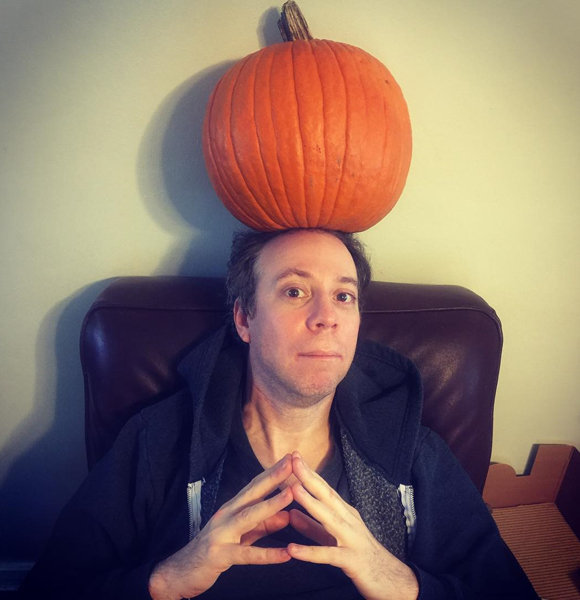 People get married believing that they have found the right person with whom they can share a married life. However, the outcome of marriage cannot be predicted before the wedding, so only after the wedding, the realization strikes if the decision of marriage was correct or not.

Sharing a similar story is Big Bang Theory fame Kevin Sussman, and he hinted on ending his married life with his wife. So, is he indulged with another female partner or has shifted to the gay side? Let's dig in for the truth.

Big Bang Theory Fame actor Kevin Sussman has made many people laugh out loud with his performance in the hit show “Big Bang Theory, ” but he his tweet suggests that he is not happy with his marriage. Moreover, he even talks about ending his marriage as per his tweet on August 18, 2014.

However, Kevin’s tweet back on January 24, 2012, suggests that he was a happily married man and even flaunted his talented indie rocker wife.

Also, Kevin gave another instance of his beautiful relationship with his wife and shared that they are playing their favorite game while staying at a hotel in New York City, on November 21, 2011. Kevin has mentioned about his failed married life with his wife, but he has not shared anything beyond that, and his statements regarding failed marriage or divorce, is not out in the media yet. And the question arises, is Kevin now available on the market? Or he is in a relationship with a partner? Anything regarding his love life remains unknown as he has maintained a tight guard over his life.

Without a love life with a woman, speculations about Kevin being a gay rises, but the rumor remains a rumor without any statements from the man himself. However, he has the company of his dog, as evident in his Instagram post on March 23, 2017.

Talks about his Family!

In an interview on May 14, 2013, Kevin shared how his interest sparked on acting, and even mentioned his conversation his three older brothers Brian Sussman, Andy Sussman, Dan Sussman, in the family of four brothers. Kevin stated,

Well, I grew up with three older brothers who were all in plays in high school and they used to come home and talk about all of the crazy antics that they'd get into.   So that really sparked my interest because I really admired them and I wanted to emulate them.   By the time I became their age I went full throttle into drama and started doing high school plays.   Also, I started watching a lot of movies while I was in high school too.  I was watching the movies of Robert De Niro and Al Pacino...laughing...Which is funny because my career is as far on the opposite side of the spectrum from those guys as you can get...laughing    I was also totally obsessed with Woody Allen.  I can't even tell you how many times I've seen SLEEPER (1973).    You can see how much influence Woody Allen has had over both myself and my writing partner John Ross Bowie in our new show DARK MINIONS.

Moreover, Kevin shared how he got his part in The Big Band Theory as “Stuart Bloom.”

I had originally auditioned for that show a couple of times.  The first time I auditioned for it I ended up not being available.   I was still under contract for UGLY BETTY even though I wasn't on the show any more, so I couldn't do it.   Then, I auditioned again for Chuck Lorre and he had wanted me to play 'Kripke' but I was doing a movie at the time or something.  Then of course, John Ross Bowie my friend and writing partner on DARK MINIONS was cast on the show as 'Kripke'.   I really lucked out, because the next role that came up on the show was for 'Stuart' and Chuck asked me if I wanted to do that. It's a lucky role because the comic store is the perfect place for the guys to go on the show.  My character is on the show even when he has nothing to do because he owns the store.

Kevin further revealed that he used to work in a comic book store in NYC while he was in acting school.

I actually used to work at a comic book store.    I worked for a long time in NYC at Jim Hanley's Universe while I was in acting school.   I wasn't a fan of comics when I started working there, but I became a fan afterward.  I became a really big fan of Frank Miller and Alan Moore.  When I worked there too, the guys who were always in the know pointed me to the good stuff like Love & Rockets.  Emerging as my favorite comic artists were people like Joe Matt who had this awesome graphic novel called Peepshow, and Daniel Clowes who had an awesome comic book called Eightball, that was probably my favorite book.   Then also, Chester Brown, his stuff I really liked.  I liked those semi-autobiographical books like that.

Kevin Sussman attended College of State Island and graduated from the American Academy of Dramatic Arts in NYC. Kevin debuted in acting with Ghost Stories in 1998 followed by a film appearance in Liberty Heights in 1999. He portrayed the character of Walter in Television series Ugly Betty from 2006 to 2007 and further he got the opportunity to essay the role of Stuart Bloom in The Big Bang Theory since 2009.

Moreover, he made an appearance in episodes of Television series Third Watch, Law & Order: Criminal Intent, The Sopranos, ER, My Name Is Earl, The Mentalist, Children's Hospital, The Good Guys, Weeds and Wet Hot American Summer: First Day of Camp.

Kevin was the writer of Television movie Dark Minions (2013) and even starred in the film. And the passionate performer Kevin Sussman, with his hard work and dedication, has earned a handsome salary and accumulated a huge net worth of $3 Million.

Stay with us for more news on Kevin Sussman!