Kimberly Elise As A Mother Of Two Talks About Dating; Faced A Failed Married Life With Former Huband 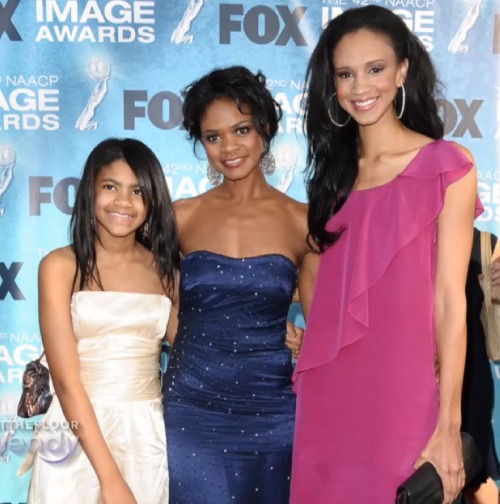 Likewise, the Diary of a Mad Black Woman actress Kimberly Elise has experienced a failed marriage. Undoubtedly she was hurt and shattered, but she never allowed her personal life affect her profession. But the mother of two, Kimberly has now talked about dating after going through a failed marriage.

Award winning actress Kimberly Elise was married to Maurice Oldham in the year 1989. After a year, on March 16, 1990, Kimberly gave birth to their first daughter Ajableu Arial Oldham.

Later, on October 19, 1998, she gave birth to their second daughter Butterfly Rose Oldham. Their relationship was going smoothly until her husband died in the year 2007 due to a "massive blood clot." Since the death of husband, Kimberly hasn’t talked about the relationship. However, she has been taking about dating and affairs with her children. But in 2014 Kimberly talked about how to handle ex-husband when you have children.

In the Wendy Williams show in 2014, Kimberly revealed that she has someone special in her life but didn’t mention his name.

Caption: Kimberly Elise on the Wendy Williams show in 2014

She also talked about her daughters in the interview where she said that she is super-duper close with them. She even said that they are her best friends who give suggestions, guidance, and advice in her love life.

Recently, on Valentine’s Day, Kimberly wished all her followers a Happy Valentines Day by sharing a picture.

The hands in the picture made us think about her relationship status that she is probably dating secretly.

Forty-nine years old American actress Kimberly has a very successful career. Kimberly who has appeared in a large number of television series and films has been active in the industry since 1994. Well, her career has gifted her huge popularity and a large fan following.