By LRU Writer | On: August 13, 2016
Craig Sager may be just a sideline reporter in basketball but still the most recognizable one, thanks to his characteristic bright and colorful suits. Sager will be missed in the Rio Olympic as he won’t be there to cover basketball due to health problems. What health issue is he exactly facing? 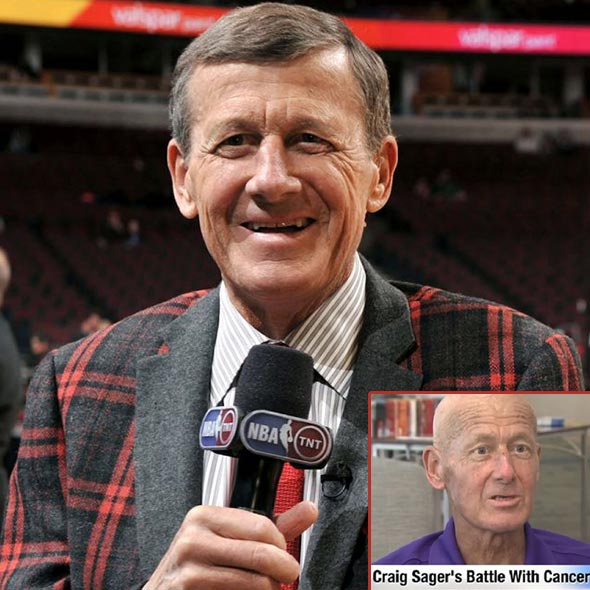 Craig Sager may be just a sideline reporter in basketball but still the most recognizable one, thanks to his characteristic bright and colorful suits. Sager will be missed in the Rio Olympic as he won’t be there to cover basketball due to health problems. What health issue is he exactly facing?

Sager is one of those brave people who is battling cancer. Although he did get rid of it once in the past, it has returned again to take the toll. So, Sager will not be able to cover the basketball games in Rio Olympics as he will be busy in chemotherapies and recovery. He just went through a new round of chemotherapy in June 27 as reported by ESPN. Sager had also told the next day that he would not be attending Rio Olympics, but he hopefully will be ready to get back on the court by NBA’s opening night

He opened up saying, "My body isn't getting stronger, so they want to do it while I'm strong enough. Third transplants are kind of rare, so hopefully we will get it done”.

He added, "We've known since February, We tried to delay it until after the Olympics, but it’s very aggressive, and there’s a sense of urgency to do it now." The doctors revealed that he could only go on for 3-6 months without treatment.

Many viewers also widely showed their support to Sager in the Twitter hash-tagging their wishes to ‘#GetWellSagger’ and ‘#SaggerStrong’.

PRAY FOR CRAIG SAGER!! This man is the definition of strength.

The 65-year-old reporter sideline reporter who is famous for his flashy suits was diagnosed first of Leukemia in 2014. His eldest son, Craig Sager Jr., donated his bone marrow to his father after they turned out to be a match. On April 20, 2014, Craig Jr., also a sports journalist, did the sideline interview during the NBA 2014 to surprise Senior Sager in the hospital.

2014 was the year he missed NBA season. You might have remembered the messages and tributes passed on to Craig. The same day that his son had temporarily come to do sideline interview, the TNT crew on NBA gave a tribute to him by wearing bright and colorful suits. Many crew members of the NBA also passed the message to him to get well soon.

Caption: The TNT crew dress up similar to Craig Sager to give him a tribute.

Maybe it was all those love that helped in the speedy recovery of Craig Sager. He returned on March 5, 2015, where the NBA warmly welcomed him. The mascot of Chicago Bulls also presented him a new suit as colorful as he usually wears in the color of the Chicago Bulls.

Speaking of his personal life, he has been married twice in his life; his present wife is Stacy Sager, 43, whom he married in 2000. He has two children with her. He also has three children from his past marriage and Craig Sager Jr. is the eldest of them. Craig Sager was born on June 29, 1951, in Batavia, Illinois, US. In 1973, he graduated with a Bachelors Degree in Speech from the Northwestern University. He started his career as a reporter for the WXLT in 1972. He has an estimated net worth of about 9.5 million dollars. Recently, he was honored with Jimmy V Perseverance award at the end of July at the 2016 ESPY awards.