Kyla Kenedy 5 Facts: Everything From Age to Her Character in 'Speechless'

By LRU Writer | On: January 02, 2018
Talents do not know age, place or time; given the proper care, young talents stop at nothing to flourish their feats and do incredible performances at an early age. One of such prodigies is Kyla Kenedy, the prominent young face on the list of up-and-coming artists. Known for her works in The Walking Dead, and Speechless, she has never failed to amaze the audience with her act and beauty. 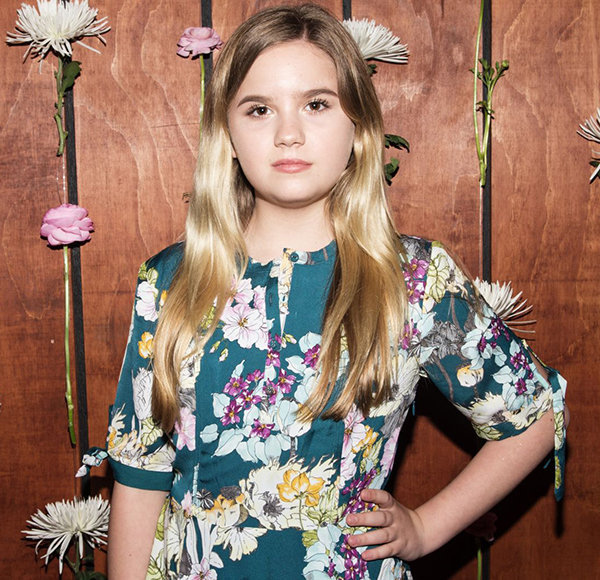 Talents do not know age, place or time; given the proper care, young talents stop at nothing to flourish their feats and do incredible performances at an early age. Well, Hollywood does not lack such skills, and it is only bringing more young talents every year.

One of such prodigies is Kyla Kenedy, the prominent young face on the list of up-and-coming artists. Known for her works in The Walking Dead, and Speechless, she has never failed to amaze the audience with her act and beauty.

Here are the five facts about the child actress you knew little about!

1) Kyla Knew Acting was Her Only Career from the beginning

Kyla knew her future at an early age when she fell in love with acting. But, she experimented with booking print and local jobs, starting her career at a wee age of 8 in Charleston, SC where she was born on February 4, 2003.

After she moved to Atlanta, she expanded her work to commercials and films, landing a small role in Farrelly brothers' film The Three Stooges. She did not rise to fame with the help of the social media like Instagram, or YouTube but purely by her performance on screen.

The 14-years-old Kenedy took a turn into acting after the break in the industry and never looked back. Her parents, especially her mother, told her that if she could land a role in a film, she could pursue acting as her career.

Well, she not only land a role but also got herself recognized as one of the top child artists. Her roles in The Walking Dead and Speechless are highly acclaimed. As of 2017, she is continuing her role in the series Speechless and The Night Shift.

2) The 14 years-old-actress Has an Awards Section

Best known for the series The Walking Dead, Kyla is the new young face who is not only stealing Hollywood spotlight but also bagging the recent big projects like Speechless.

Drama and comedy being her forte, she has already shown the range of her acting skills in various works like Raising Izzie, Rizzoli & Isles, CSI, The New Normal. Caption - Kyla Kenedy at the premiere of "The Walking Dead" at Universal City Walk on October 3, 2013

She has done the incredible feats which are even hard for adults, forget about a teenager.

Standing at the height of 4 feet and 10 inches, Kyla has been portraying the role of Dylan DiMeo in the TV series Speechless that depicts the story of a family with special needs.

But her attachment to special needs is deep-rooted in her family. She has an older sister who needs special care due to brain bleed at birth. Despite being a special needs individual, she has seen her sister leading an independent life.

Coincidentally, the role of Dylan in Speechless is that of a competitive siblings of a special needs child. Whether it’s a real or reel life, she definitely has the attachment to special needs.

4) Kyla Has Her Own Show Named Down n’ Dirty.

Everyone knows Kyla as the child actress seen in horror series to comical dramas. Well, little to everybody’s knowledge, she is a passionate host of the YouTube series Down n’ Dirty.

As the show’s theme suggests, Kyla is the interviewer of the Holywood’s finest actors and actresses, where she displays her funny wits and sarcasm at their best.

Kyla does not only know to take the fame and fortune her career brings, but she also knows how to share them. For a distinguished actress, she is also a silent charity provider. She collaborates with Meals on Wheels and the Children’s Hospital of Atlanta for her charity works.

Thanks to her career that rewarded her with a massive fan base and fortune which contributed towards her impressive net worth of  $17 million, she has got something to give to the needy.

The current Los Angeles resident is definitely distributing happiness, not only through her movies and TV works but also through her humanitarian actions.