Lalah Hathaway Dropped New Album! Does This Leading Lady Have a Husband?

By LRU Writer | On: January 10, 2018
Lalah Hathaway Dropped New Album! Does This Leading Lady Have a Husband? When it comes to music, Lalah Hathaway is a popular name. Being the daughter of the legendary soul singer Donny Hathaway, Lalah has a lot of expectation to live up to and has been able to do that in her own refined way. 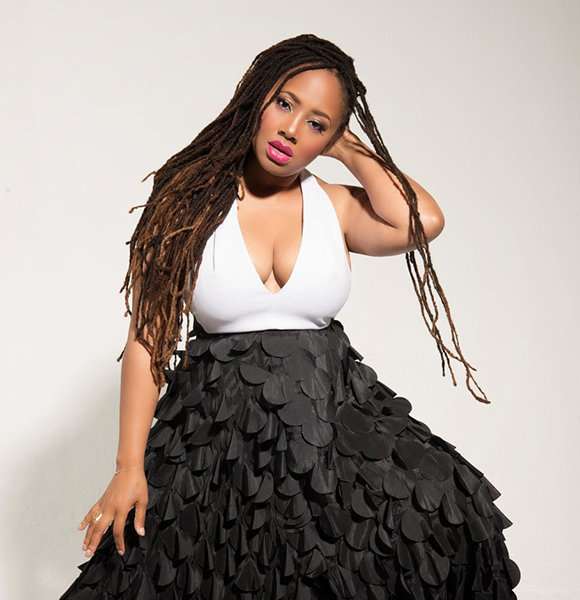 When it comes to music, Lalah Hathaway is a popular name. Being the daughter of the legendary soul singer Donny Hathaway, Lalah has a lot of expectation to live up to and has been able to do that in her own refined way.

The Jazz and R&B singer, Lalah Hathaway has not let her genetic gift go in vain and has been able to produce some amazing albums and songs. Active as a singer since late 1980s, Lalah has many albums under her name and 'Honestly' is one of them.

The soul singer recently released her new album "Honestly" on Nov 3, 2017. The cover of the album features Lalah as an 8-bit video game character which is quite simple yet clever. When asked about her thoughts on her new album she shared:

“My approach has always been to find and write great stories, which was a driving factor behind the creation of honestly. This album is a collection of entirely new and original recordings that really express where I am at this moment in time.”

While being able to mark the place in the American music industry, Lalah's professional life is well known and open to the world while her private life is kind of a mystery. Does the Grammy winner has someone special in her life or is she focused on her music and career? Let's scroll down to find out.

We all know that Lalah Hathaway has been able to live up to her father's footstep and has a notable grip in the music industry and is quite renowned. She has always been in the news for her excellent music skills but the renowned R&B singer is reticent when it comes to the topic of the love affair. The 49-year-old is not married nor has not been linked to anyone that we know of.

But before you jump to the conclusion, there is more to the story. The soul singer hinted her relationship back on Valentine's Day of 2013.  She shared a picture with a mysterious guy stating "Happy Valentine's Day!"

Caption: Lalah Hathaway in a gloomy picture with a guy on Valentine's day back in 2013.

The details of the guy have not been revealed anywhere. However, some of her followers mentioned him as El Debarge in the comment box below. Well! one does not post a picture of anyone else than her love on Valentine's day.

Caption: Lalah Hathaway shared an image with El Debarge on Valentine's Day of 2017.

If you follow Lalah on her verified social media account, you will come across different pictures of the duo. Well, she has also posted a picture with Debarge on the occasion of National Friendship Day.

Even though the caption said National friendship day, the comment section had something else. Her fans were commenting the duo with the tagline "Couple". However, Lallah did not make any clarification on that matter if he was her friend, boyfriend or husband.

Born in Chicago on 16 December 1968, Lalah Hathaway grew up with her sister Kenya Hathaway. When Lalah was ten-years-old, her father committed suicide. She attended Chicago's Performing Arts High School, then graduated to the famed Berklee School of Music in Boston. At the age of 21, Lalah started her music career and her first album was "Lalah Hathaway" which was well received in 1990.

The "dirty lesbian" singer has a net worth of $10 million and is scheduled for tour and concert in 2018.Her fans love her not just for her music but because she is very vocal and strong force on social media with her talk on issues like racism and discrimination. Well, she is a kind of singer who has the capability of drawing the audience even in the pouring rain.