Has Lawson Bates Found Girlfriend? What Is His Dating Status?

By LRU Writer | On: February 02, 2018
Has Lawson Bates Found Girlfriend? What Is His Dating Status? Lawson Bates is the fourth child among his nineteen siblings. He is a part of the reality show Bringing Up Bates and rose to fame for his exceptional singing ability that has created a huge fan following for the reality star. 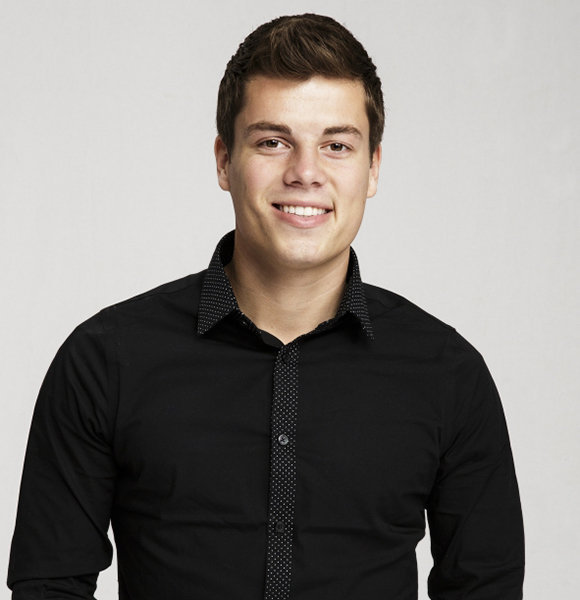 No matter how much a celebrity prefers to keep their personal affairs hush-hush, their fans are always up for a dig out of their private issues.

While their professional life reaches out to millions of people, the same cannot be said about their personal, which makes their fans curious to know what a celebrity experiences behind the curtains.

A similar situation was experienced by the singer Lawson Bates, as he has managed to win millions of fans by his singing ability and good looks.

But his fans are no exception as they are always eager to know the personal matters and, most importantly, the dating affairs of the singer.

Scroll down to know the dating status of Lawson Bates.

Lawson Bates' Dating Status: Does He Have Girlfriend?

Lawson Bates is the fourth child among his nineteen siblings. He is a part of the reality show Bringing Up Bates and rose to fame for his exceptional singing ability that has created a huge fan following for the reality star.

Bates was romantically linked to the reality star Jinger Duggar of another hit series 19 Kids and Counting. The rumors of the duo's dating affair started floating around when an image of Jinger photobombing Lawson's picture was discovered on the Internet. Apparently, the former was there to attend Lawson's sister's wedding. Lawson and Jinger spotted together for his sister's wedding (Dailymail.co.uk.)

Lawson and Jinger were first spotted together back in 2015, and their fans started eyeing the two.

The rumor that they were dating spread like wildfire, and even Lawson's mother Kelly Jo Gates felt the need to opine on that matter:

“I think that probably Lawson and Jana would both be shocked by that news, although we have heard that rumor. They are very good friends, [but] no courtships that either of our families are aware of.”

And to add fuel to the fire, Lawson posted a picture flaunting a wedding ring in a suit surrounded by his guys.

However, it turned out that it was but a whimsical post for April Fool's day.

Meanwhile, Jinger revealed her status to be single. Further adding to her disappointment, she said,

“I know how it feels to wait for ‘Prince Charming’ to come along. I’m still waiting. Waiting is not always easy. Especially when all the married siblings are getting together and you can’t go along because you’re not part of ‘that’ group.”

While their fans were waiting for the couple to get married, news of Jinger getting married to Jeremy Vuolo was made public. The two got married back in 2016, and even Lawson made it to the guest list along with 1000 other guests that made it to the wedding.

The fans of Jinger and Lawson were heartbroken by the news and they even thought that Lawson was feeling the same sentiment. Their skepticism was validated when Lawson made a cryptic Tweet around the time of her wedding.

However, the love chapter between the duo was closed after Jinger tied the knot with Jeremy.

Now, the reality-star-turned-singer is focused on his music career and is single. Lawson was into music from his childhood days and even wrote a song when he was fifteen years old. He often goes on tour with his siblings as well. His net worth has not been disclosed yet, but his successful career screams a good figure.