Les Brown's Event Dates Where He Will Reflect His Motivation! Before That Get Some Inspiration From His Quotes

By LRU Writer | On: October 16, 2017
Les Brown's Event Dates Where He Will Reflect His Motivation! Before That Get Some Inspiration From His Quotes Keeping millions of people around the world motivated by his empowering and positive speech is none other than, Les Brown. And a morning dose of few motivational quotes by Les Brown may help you start your day on a positive note. Well, here are few of such quotes from the inspirational speaker.

The person, who has been keeping millions of people around the world motivated by his empowering and positive speech, is Les Brown. A morning dose of few motivational quotes by Les Brown may help you start your day on a positive note.

Well, here are few of such quotes from the inspirational speaker.

" One of the most essential things you need to do for yourself is to choose a goal that is important to you. Perfection does not exist — you can always do better and you can always grow. "

" Shoot for the moon. Even if you miss it you will land among the stars. "

" You must think of failure and defeat as the springboards to new achievements or to the next level of accomplishment. "

But the question that we'll be addressing is how did Les Brown become a motivational speaker? If you're also wondering about the same, then keep reading!

Les Brown, whose birth name is Leslie Calvin Brown, was born on February 17, 1945. Les and his twin brother Wesley were put up for adoption by their biological mother when they were just six weeks old. Mamie Brown was the lady who adopted and raised them.

After Les passed his high school, he worked as a sanitation worker and then, as an RJ at a local radio station.

He eventually moved to Ohio for a better opportunity. While working in the radio, he met the news junction director Mike Williams, who influenced him to go for a seat in the Ohio State Legislature at 29th House District. Les started spreading political awareness and caused a lot of controversies; he even got fired from his job at the junction.

Meanwhile, he held his seat in the legislation and was appointed for 'Human Resources Committee.' Unfortunately, his mother fell ill, and he resigned from the position to take care of her.

Later on, he became a founder of a youth career training program, and he gradually carved his way to being a motivational speaker.

In 1990, Brown gained recognition from a broad audience with his motivational speeches on PBS-TV. In 1992, he wrote a self-help/inspirational book 'Live Your Dreams,' which became one of the bestsellers.

Moreover, in 1993, he created his TV show 'The Les Brown Show,' but it got canceled due to various controversies. After the cancellation of the show, Les worked at the radio station 'WRKS' in New York, but he walked away from the job and continued his passion for motivating people.

Since then, he has been able to carve a long history of his achievements.

Les has toured around the world and has released a handful of best-selling inspirational books. His audio series 'Choosing Your Future' was distributed worldwide.

Les won many awards, including 'Golden Gavel Award;' and 'Council Peers Awards of Excellence' of CPAE which made him the first African-American to be granted such an award. In 1991, he was ranked among 'Top Five Outstanding Speakers' of all time worldwide by 'Toastmasters International.'

Brown established his own institute called 'The Les Brown Institute,' where he and his team provide training programs. They have even trained top companies of the world, which includes Disney, McDonald's, and  At&t.

It's no advertisement, but if you wish to attend Les' motivational program, then grab your tickets for the upcoming events-

The program called, "Les Brown Fall 2017 Training" will be organized on October 26- 29 at Doubletree Deerfield Beach, United Kingdom.  Similarly, a program called "Les Brown in London" will be held on November 12-13 at 02 Arena London, London.

Additionally, Les spreads motivation through his speeches on the Internet for people around the world. Here's an example!

Les Brown is a world-renowned motivational speaker, author, radio DJ, former TV host and former politician- a member of the Ohio House of Representatives. With his everlasting passion for his work, Les has successfully gathered an outstanding net worth of $10 million.

A Glance At The Personal Life of Les Brown:

Taking an insight into the personal life of Les Brown, he was in a romantic relationship with American actress and songwriter, Gladys Maria Knight. In the year 1995, they shared " I, do"s  and officially became husband and wife. Their wedding commenced in the city of Las Vegas, Nevada. 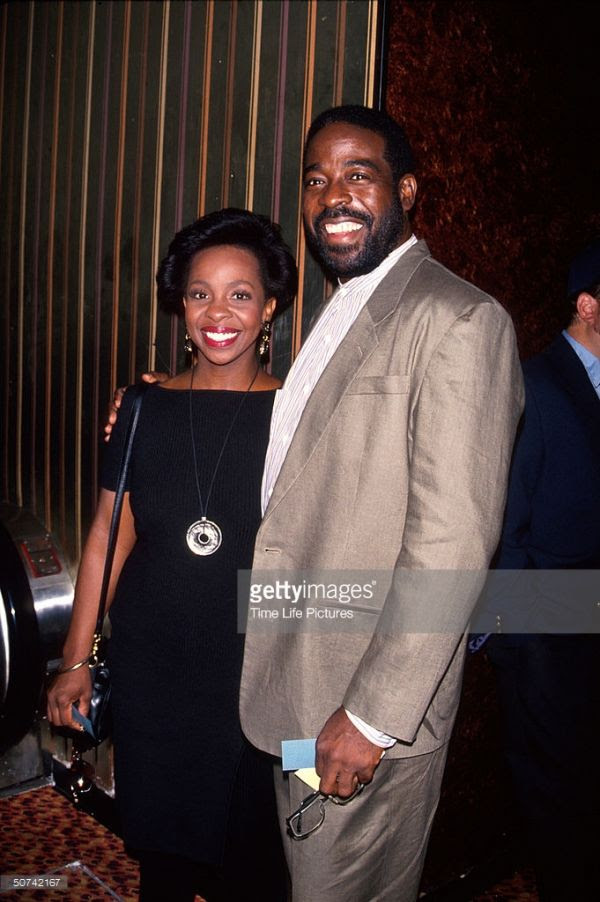 Unfortunately, in the year 1997, Les went through a rough patch in his life; he got divorced with his wife. Although the confirmation is yet to come, reports suggest Les has nine children altogether, Calvin, Patrick, John-Leslie Brown, Tad, Ayanna, Ona, Talia, Sumaya, and Serena.