Lil Mama And Her Alleged Boyfriend Cleared Their Dating Rumors! Talks On The Importance Of Mother

By LRU Writer | On: March 02, 2021
Lil Mama And Her Alleged Boyfriend Cleared Their Dating Rumors! Talks On The Importance Of Mother. A similar situation can be related to American hip-hop artist Lil Mama, who once was rumored to be dating someone; who she was not dating. The truth came forth only after they falsified the rumors. So let us address how the gossip first steamed and then shed light on how the rumors got shut, also taking a look at the importance of her mother in her life 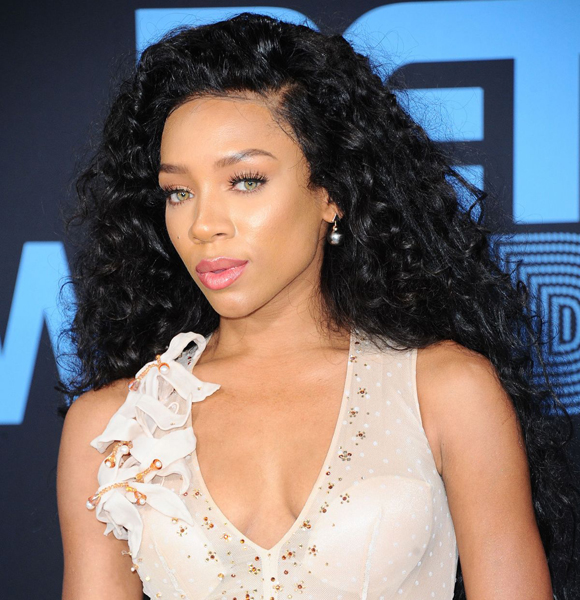 The limelight surrounding a public figure is dazzling in many ways, but what about the unnecessary linkups one has to be a part of which does not have a proper base? Well, then you realize the lights aren't that welcomingly flickery!

A similar situation can be related to American hip-hop artist Lil Mama, who was once rumored to be dating someone; she was not dating. The truth came forth only after they falsified the rumors.

So let us address how the gossip first steamed and then shed light on how the rumors got shut, also taking a look at the importance of her mother in her life.

Lil Mama's Rumored Boyfriend: Shutting Down Of the Rumors!

It was late 2016 and early 2017, when the rumors of Lil Mama dating Staten Island-bred rapper, Tristan "Mack" raged. Caption: Lil Mama and Mack Wild were rumored to be dating one another.

That is when the rumors needed an affirmation or falsification. Later, the rapper himself came forth and denied the rumors of him dating Lil Mama.

He continued denying the rumors on Twitter, stating our generation is corny as ****.

Well, he has a point here, right?

Not everyone close to a person is dating the person, something the internet world needs to understand.

So now that the rumors are meaningless and baseless, who is she dating? Or is she a married woman? She also is rumored to have a daughter in her life, but how true are these rumors?

Well, she is someone who has been a big fan of keeping her personal life to herself; Lil Mama has not publicized any key details about the personal front of her life. All that we can do as of now is to wait for her to open up about her private life in the days to come.

Born on October 4, 1989, in New York, U.S.A, Niatia Jessica Kirkland, a.k.a Lil Mama, is an American Hip-Hop artist 27 in age. She is the third child and also eldest daughter among the eight kids of her parents, Tara Kirkland and Allen Brunner.

Speaking of her mother, Mrs. Tara died on December 15, 2017, after a four-year battle with breast cancer. Lil Mama's music video for "Shawty Get Loose," which featured Chris Brown and T-Pain, is dedicated to her late mother.

Back in late 2015, she opened up about her mother's battle with breast cancer where she said,

I didn’t take it seriously when my mother was first diagnosed with breast cancer in 2004.

She didn’t look sick. She didn’t act sick. She still had her energy and smile and was always loving and sensitive. Despite our financial hardships or how she felt, she made sure my seven siblings and I never missed a trip to the circus or a chance to sing and harmonize with her. My mother remained the same person in and out of her sickness. She always said she would beat it, and she did.

Then, the cancer came back, and it spread throughout her body. I watched my mom go through operations on her brain. She was in pain, and she started losing her hair and dropping weight. That’s when it became real to me. I never would have imagined it. I didn’t see it coming to a person who was so lively. While she stayed in high spirits, I saw the change in her security. She didn’t feel like herself. That was very hurtful to witness.

Lil Mama then shared what the experience of seeing her mother get closer to dying was like.

While I was on the Up Close and Personal Tour with Chris Brown, Sean Kingston and Soulja Boy in 2007, I would go to my grandmother’s house to see my mother. When I visited her on her birthday in December of that year, she was lying in the bed. She looked at me, but she didn’t say a word. She didn’t have the strength. I thought, “Wow. My mother is dying.” That was the point where I found clarity. I knew she was going to pass on. Six days later, she did. She died after I went back out on the road. My dad, who accompanied me when I traveled, pulled me to the side during our stop in Atlanta and told me. I couldn’t feel. I couldn’t cry. I was in a daze. It was a shocking moment.

She added how grievous and hard the time was for her and her father.

After the funeral, my father, who was no longer with my mom, asked me if I wanted to take a break, but I continued to work. That’s how I dealt with her death. I didn’t know how else to cope. I kept telling myself I was okay, but in reality, I needed time. I was just 18 when she died. I wasn’t a woman yet. I felt like I needed my mother to become a woman. It was stressful for years, because I was lost. At 26, I’m just starting to find myself. I still miss her. I cry occasionally. I still reminisce and think about what life would be like if she was still here. But I also think about all that she has given me. My mother has taught me about integrity, self-confidence and self-love. She stressed the importance of sharing that love with other people, protecting your family and never letting up. I hear her voice, and it helps me to grow. I practice how to be the best me on a daily basis.

Speaking of her life after her mother's death, she said,

After her death, I refrained from saying “I know how you feel” to folks who’ve lost a loved one to breast cancer, because everyone’s situation is unique.The only thing I can say is to take it one step at a time. Let God guide you. One of the best pieces of advice that my mom gave me was to love God. Having faith in a higher power has helped me tremendously, because I have a better understanding of who my mother was to me then in the flesh and who she is to me now in the spirit.

Well, your mom is watching you from heaven, and she is proud of you, Lil Mama!

Stay with us for the emerging updates on Lil Mama!