Lindsay Price Wedding With Husband Gave Her Nothing But Happiness! A Perfect Family Of Four

By LRU Writer | On: September 11, 2017
Lindsay Price Wedding With Husband Gave Her Nothing But Happiness! A Perfect Family Of Four Let us introduce the gorgeous and talented 'Splitting Up Together' actress Lindsay Price who has finally found her Mr. Perfect after a failed marriage. Today, let’s have a look at her second wedding which bestowed her with a very loving husband and a perfect family of four. 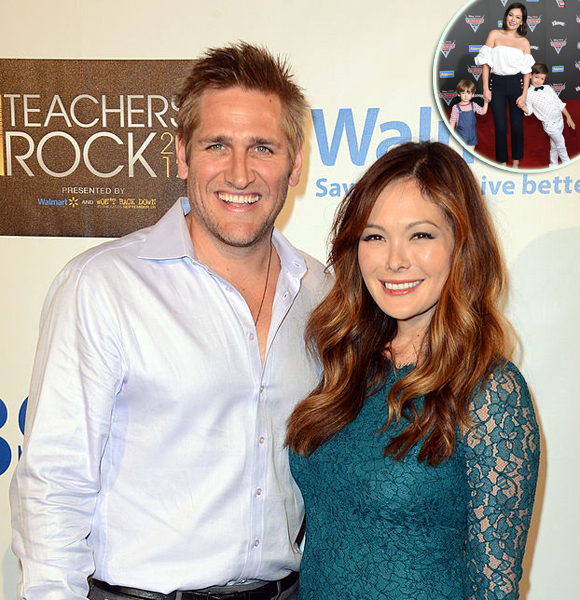 Can you imagine spending your life single, i.e., without any companion? Life is long, and a person would thrive for a companion while going through ups and downs in life. However, not everyone is lucky enough to fall in love with the one perfect for them.

The one who has gone through a similar phase is the gorgeous and talented 'Splitting Up Together' actress Lindsay Price, who finally found her Mr. Perfect after a failed marriage.

Today, let’s have a look at her second wedding, which bestowed her with a very loving husband!

The forty-years-old American television actress and singer Lindsay Price got married to the celebrity chef Curtis Stone in June 2013. The pair exchanged vows in a beautiful wedding ceremony in Majorca at the Hilton Sa Torre Mallorca Resort in Spain.

Soon after the wedding, the Australian native chef Stone shared a picture of their wedding on Twitter thanking all the guests, family and friends who made their big day more special with their love, support, and presence.

Price got engaged to her boyfriend Stone in July of 2012. A representative of the couple confirmed their engagement to People. The pair, who started to date each other since 2009, share two children together.

The couple welcomed their first child, a son named Hudson Stone, in November 2011. Price’s husband Curtis was the first to announce the news about the arrival of their son through Twitter, where he shared how excited they are to become parents.

Here is a series of images shared by Lindsay Price on her Instagram, where you can see her posing with her two cute sons, Hudson and Emersons.

No doubt Lindsay shares a wonderful relationship with her family. Well, you can have a glimpse of her perfect family pictures on different social networking sites.

However, we have brought one picture for you where you can see Lindsay, her husband Curtis Stone and two sons, all together.

Talking about her past, she was previously married to co-developer of the television show The Dead Zone, Shawn Piller in July 2004. The pair exchanged vows at a ranch in Malibu. However, their relationship turned sour after some years, and they got divorced in 2007.

Lindsay, who was born with mixed ethnicity to German-Irish father, Bill Price and Korean mother, Diane Price, not only enjoys a happy family life but also enjoys a prolific career. Lindsay, who debuted in films in the year 1988 with Purple People Eater, has appeared in a significant number of films and tv shows.

Likewise, she has appeared in soap operas like The Bold and the Beautiful (1995-1997) and All My Children (1991-1993). Lindsay currently is portraying the role of Camille in Splitting Up Together (2017). With her hard work, passion, and dedication towards her craft, she has accumulated a net worth of $2 million.