By LRU Writer | On: April 11, 2018
American TV actor Logan Shroyer gained recognition through the TV series, Gortimer Gibbon's Life on Normal Street and managed to pull the audience's attention through his fantastic work. At a very young age, he is already on his way to stardom. However, there remains a curtain on his behind the cameras life, which may include a beautiful dating life. 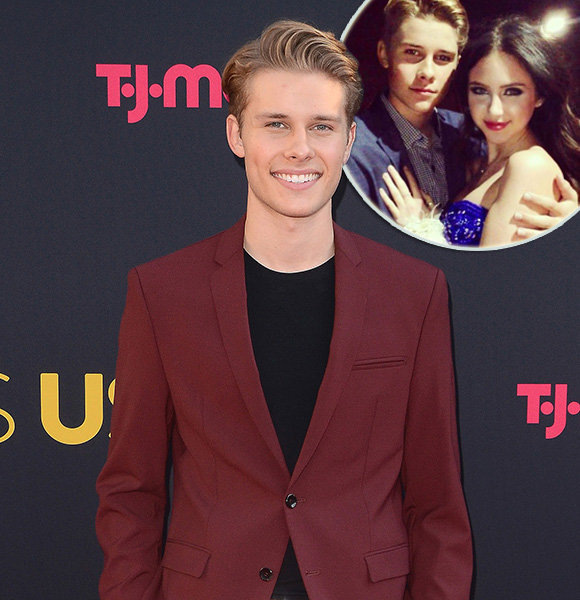 He has already achieved a significant height of success, and his professional front remains open like a book; however, there remains a curtain on his life behind the camera, which may include a beautiful dating life.

Are you not curious enough to know whether it's a love story that the actor has successfully managed to keep at bay?

Well, you have to follow Logan Shroyer's bio to reach to your million-dollar answer!

The rising star, Logan was born on 10 March 1999 in Norman, Oklahoma, the United States. The star managed to keep things to himself without revealing any information on his parents and height.

But Logan features his two siblings on social media; he shared an Instagram image in November 2013, flaunting his family to his followers. Logan with his parent's and siblings during Halloween (Photo: Logan's Instagram)

Moreover, in an interview with justjared.com, Logan shared that he lived in Oklahoma for six years and felt like he did not fit in at all the contrary to what people might expect. When his family lived in Oklahoma, his friends jokingly used to call him 'Hollywood,' and he finally ended up being an actor.

Talking about his professional life, he played lead guitar in an alternative rock band named Liquid Glass when he was at the age of fifteen. He later went on to portray the role of Kevin in the American television series called This Is Us.

If you think only music and acting is his forte, then think again! Because Logan is not just an actor, he is also the co-owner of a production company named Brewing Imagination Films as well, and what's interesting is he produced his first project when he was at the age of just 15.

The actor is yet to give a treat to his fans and admirers about his dating affairs. But his social media might already be spilling the beans as his Instagram speaks of a particular girl named Ryan Whitney Newman frequently. The major clue dropped when Logan posted the picture of the duo on Instagram on 3 September 2013. In the pair's image, he captioned "This happened â¤", which skyrocketed the dating speculations.

Despite the fact that Logan has not commented officially on whether he is dating Ryan Whitney or not, but his sweet gesture of heart emoji may already have answered that query.