Loni Love Reveals Why She Don't Want To Get Married; Will Not Turn Her Young Boyfriend Into Husband?

By LRU Writer | On: March 30, 2017
Loni Love Reveals Why She Don't Want To Get Married; Will Not Turn Her Young Boyfriend Into Husband? Loni Love is someone who is versatile in her career. Besides being a comedian and an actress, she has also been indulged in music engineering proving her multi-talent. But what is she like in her personal life? 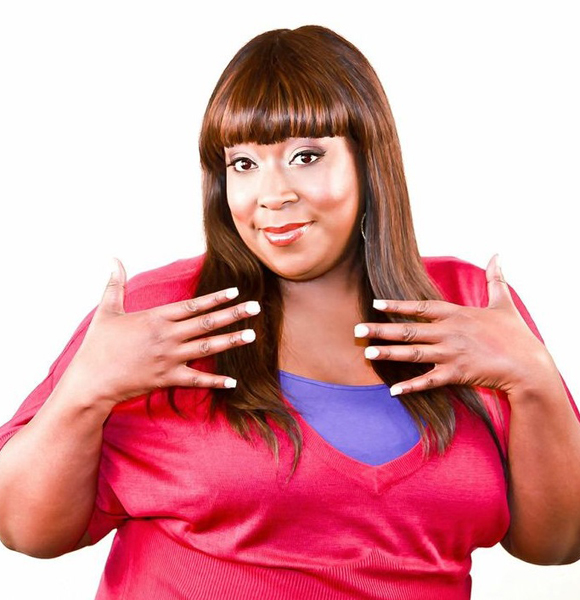 Loni Love is someone who is versatile in her career. Besides being a comedian and an actress, she has also been indulged in music engineering proving her multi-talent. But what is she like in her personal life? Is she married or is she someone who despises getting married and getting tied down with her husband? Let us find out.

Loni Love has made a decent name for herself in her career but what does she have in store for her fans when it comes to her personal life. Well, someone who is famous and has a great sense of humor can attract people towards them and so did Loni. Back when she was in a sit-down on the Ellen Show, her young boyfriend Sam, aged just 23 then, was introduced as the surprise guest.

The two looked lovely together and also shared a sweet time on the show. However, as per the Tweet shared by Loni back in November 2016, the two may not be together anymore. The fact is yet to be verified; she has not provided with a statement regarding the split.

Back in 2016, in an interview, she revealed that she does not want to get married. She expressed,

"The most challenging thing for me is letting people know that I’m happy. People look at me and say, 'You’re not married, you don’t have children,' and I have to tell them that that was my choice."

However, for those who often say that Loni is not married in her life, there is a surprise, as she was once married to a man. In a video, she revealed that she was married and further stated the reason she split with him.

Caption: Loni Love says she was MARRIED and opens up on why she ended it (Published on August 1, 2013)

Now that shall help her fans know that she does not despise marriage but she prefers to stay happy alone and focus on her career.

"For some women, that’s what they wanna do in life: They want to be a devoted mother and wife. I’m a devoted auntie and entertainer. Sometimes it’s challenging because people don’t believe me, and I have to tell them, 'no, I’m fine. I’m okay.' It’s not the end of the world because every woman is not married. That doesn’t define every woman. I enjoy children and I’m not anti-marriage."

Furthermore, she even said that she would not be at the level she is in if she had children.

“I couldn’t be where I am today if I had children. My focus would be on my children and home. And you can do it later in life,”

“I made the conscious decision to not have kids and I didn’t want to be married. I have relationships. I date.  But it takes a lot to say I’m going to be married and have children.”

Well, it is her life, and she gets to decide how she lives it so no one can argue with her on that.

Has Loni Gone Through Some Weight Loss?

Loni has been on tours and has been on the road for a long time now. But people often speculate if she has undergone some weight loss. She once shed some tears in a video where she revealed that people tease her for her body shape.

Caption: Love sheds some tears on her getting teased for her weight (Published on Feb 16, 2015.)

In an interview, she once said,

No alcohol, no caffeine — it was hard. I lost 15 pounds, but it wasn’t even about the weight loss; it was more about the energy. I had been on the road for 15 years. Comics eat bad food. We drink every weekend. When people saw me on the show that week, they were like, “Your skin is different.” I felt different.

For exercise, I get to the studio a little earlier and I’ll do a 15-minute walk in the morning all around the studio. When I’m staying in a hotel room, I make myself at least go to the gym. I don’t do more than 45 minutes, but I do incorporate it. I also started to do a weekly body massage — that has helped me a lot. I always tell people to do the exercise you love: If exercising is going to stress you out, it ain’t gonna help you.

By the looks of it, she seems more concerned about her energy level rather than her weight.

Born on July 12, 1971, in Detroit, Michigan, Loni Love is an actress and a comedian best known for stand-up comics. As a stand-up comedian, she has made herself famous in many parts of the globe. Loni has got skills, and by god, she has got the humor. Her efforts in her career have paid well, which is visible in her net worth, which is around $1 million.