By LRU Writer | On: April 08, 2018
Lori Anne Allison, the makeup artist, mostly got her name flying in the media through her ex-husband Johnny Depp. As of now, the creative artist seems to have a life of her own away from the hustle of the media that hides away her love life after Depp. 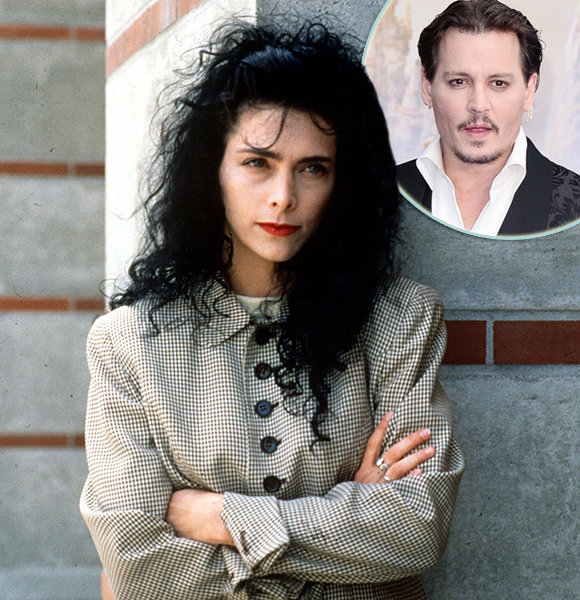 Lori Anne Allison, the makeup artist, mostly got her name flying in the media through her ex-husband Johnny Depp. As of now, the creative artist seems to have a life of her own away from media's focus after separating with Depp and kept her dating status hidden.

If you are interested to discover a story behind the married life of Lori with Johnny Depp, then ride along. We'll be covering Lori's current dating status as well!

Famed for being the ex-wife, Lori Anne Allison came to limelight due to her relationship with the popular actor Johnny Depp, known for his character as Jack Sparrow in the Pirates of Carribean movie series.

The make-up artist got married to Johnny in December 1983 when Johny was just at the age of 20. The first wife of Johnny, Lori was the sister of Johnny Depp's bandmate, who was a bass player and singer at the band. The couple remained married for two years and got divorced in 1985. Despite the divorce, Lori shares an amicable relationship with her ex-husband as she shares a good friendship and even supported to Depp she married about 30 years back.

She talked with Johnny after the death of his mother to offer her condolences. Also, she even came forward to support her ex-husband, when Johnny's other ex-wife, Amber Heard claimed of multiple brutalizations.

Lori revealed that Depp never got physical with her and not even screamed during their relationship.

After Lori's divorce with Depp, Depp moved on and started dating his co-actress, Sherilyn Fenn from the 1985 student film, Dummies. However, in case of Lori, she remained quiet about her personal life.

Hardly any media covered about Lori's personal life that can further locate her dating status. She was neither part of any dating rumors nor was spotted with anyone together.

However, we cannot ignore the fact that she might be dating someone secretly, so it would be too early to claim. As of now, Depp's ex-wife is remaining low-key on her personal life.

Lori Anne Allison was born on 6 September 1957. The makeup artist fell in love with the make-up since she was a child. She used to love cutting hairs of dolls and draw eyes and lips with eyeliners and lipsticks during her teenage days.

However, during her mid-teens, she was exposed to the world of musicians, actors, drag queens, and makeup artist. She had a creative and exceptional way of looking things including her clothes accessories. Her friends around high school called her freak looking at what she put on herself.

Later when Lori was old enough, she gathered up her courage and left for New York to aspire for her career in the world of entertainment. However, before becoming a professional make-up artist, Lori had a real passion for music. Back then, her ultimate goal in life was to become a record producer. She even moved to Los Angeles to fulfill that dream of hers.

As it turns out, Lori did not have all on her plate. A target shooting mishap left her partially deaf shattering her dream to thrive for music.

However, with the help of her few good friends, Lori landed in the world of makeups. Makeup was equal to making records in terms of creativity for Lori. Soon, she turned into professional after she landed her first job at the Television company through one of her friends. Her friend also helped her to land her first film and first play.