By LRU Writer | On: May 23, 2021
The X Factor judge has confused his fans regarding his relationship status as well as his sexuality. Some people believe Louis is married, whereas some people still aren't sure about his sexual orientation... the presenter of The X Factor was seen getting in September 2012... 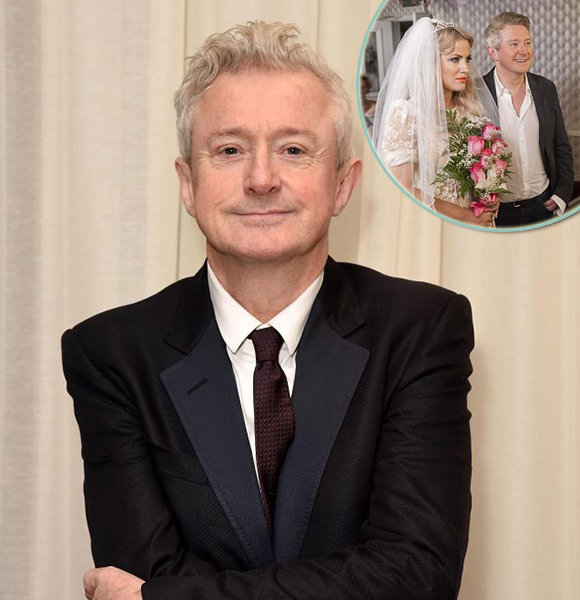 The X Factor (UK) judge has confused his fans regarding his relationship status and sexuality. Some people believe Louis is married whereas some people still aren't sure about his sexual orientation.

The confusion about Louis Walsh’s sexuality started after Walsh and Caroline Flack- the presenter of The X Factor, was seen getting in September 2012.

However, it was a fake wedding as the team of The X Factor circulated a press release about the event saying it was just a promotional stunt in a spoof sequence for Xtra Factor.

Further, Louis himself admitted that he married Stephen Gately one of the singers of Boyzone, back in time. However, he planted the fake stories to cover up the sexuality of Boyzone's Stephen Gately. Walsh said-

“That is true, I married Stephen Gately off to so many people, because Stephen didn’t want anyone to know he was gay at the start.”

In 2011, Louis was involved in the controversy of sexually assaulting a man- Leonard Watters in the toilet of a nightclub in Dublin.

However, Louis Walsh came clean against the assault. He was indeed innocent, and the accuser landed himself in jail for six months for making up the claims. Louis told the Sunday Independent-

"I thought I was finished in the business, especially dealing with boy-bands and girl-bands and all that... People are going to think that there's something not right here... I thought I can’t go home! What if no one believes me? I saw bottles of pills and thought of taking them."

As of 2021, Walsh is single and doesn't seem to have a partner/wife.

Michael Louis Vincent Walsh, aka Louis Walsh, was born on August 5, 1952, in Kiltimagh, Ireland. He is the second oldest son of Maureen Walsh and Frank Walsh out of nine siblings.

Louis stands at the height of 1.75 m (5 feet 9 inches), and he moved to Dublin to get a start in the music industry.