By LRU Writer | On: March 05, 2018
Lucy Fry Has Boyfriend? Dating Status Of Vampire Acadamy Actress. Being a celebrity can be bothering at times, as they cannot keep their personal life away from being public. The fans and followers of the celebs always tend to know the details regarding the celeb's private affairs.Well, this time, the questions have been raising concerning the love life of the Beautiful Australian actress Lucy Fry. 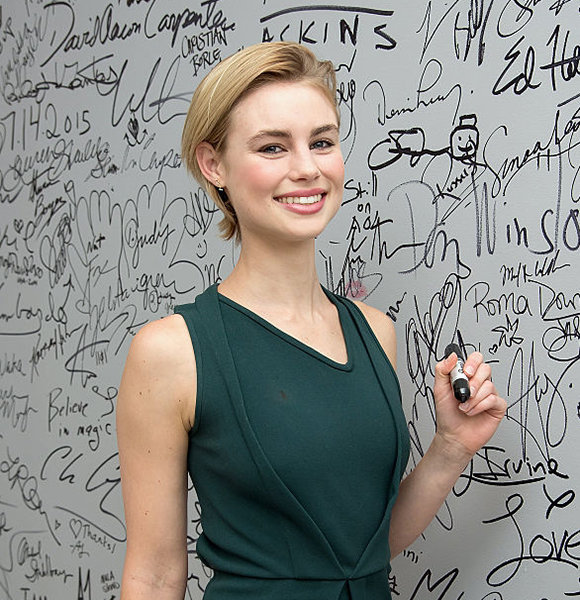 Being a celebrity can be bothering at times, as they cannot keep their personal life away from being public. The fans and followers of the celebs always tend to know the details regarding the celeb's private affairs.

Well, this time, the questions have been raising concerning the love life of the Beautiful Australian actress Lucy Fry. So, let’s shed some light on the off-screen life of Lucy to get conversant with her possible dating life.

The beautiful and uprising actress Lucy Fry who came into limelight through her role as Lissa in the 'Vampire Academy' seems to prefer keeping her relationship status away from the media's attention. However, handful search in her social media accounts hints that she might have something more than just friendship with the Australian Actor Daniel Webber, who is famous for the role of Lee Harvey Oswald in the American science fiction thriller 11.22.63.

The pair has been seen together a lot of times including thier appearance in the Los Angeles' premiere of the movie Thumper. Daniel even personally uploaded a picture with Lucy from the program in his Instagram and captioned the photo as,

Some love on the carpet at the premier for THUMPER @thumpermovie !! Such a great night, thanks so much to everyone who made this great film happen, so proud, so excited, it’s on iTunes and amazon Nov 7!! ?@ted_baker for making me look good.

Moreover, Webber Instagrammed a picture of Lucy in 3rd February 2018 captioning; that her smile lights up his day!

Lucy also posted a picture with Daniel on her Instagram on February 2018, where they both can be seen sharing some moments together.

Though the pictures hint a probable affair between Lucy, Daniel and also the fans are assuming them to be a loving couple, neither of the stars has yet disclosed the exact fact regarding their relationship status. It's not sure if Daniel is Lucy's boyfriend and if they are dating each other.

So, as for now, it seems like Lucy's fans and followers will have to wait, until, Lucy herself unveils the privacy in regards to her romantic affiliation with any man.

Though not via love related subjects, Lucy mesmerizes her fans through the bond she shares with her parents. Lucy timely uploads the precious moments she spends with her family in her Instagram account.

Back on May 18, 2015, Lucy shared a picture, with her sister Sally and wished her a happy birthday. She even thanked Sally for sharing the genes with her by captioning the snap as,

Happy birthday sallllyyyyfryyyyy!!!! Thanks for sharing ya genes with me :P

Additionally, apart from spending quality time with her sister, Lucy timely goes touring with her parents as well. Previously in September 2016, Lucy Instagrammed a picture, with her mother, father and updated her fans that she was in Canada.

Also, in 2017's International Woman's Day, saying that she coincidentally got to meet her mother and grandmother that day, Lucy uploaded an adorable picture. Quoting the mothers as two strong creative, selfless women, Lucy wished all the women from all around the world with a caption that said

So happy to get to be with my mum and granny coincidentally on #internationalwomensday
So grateful to have been brought into the world by these two strong creative selfless women. Cheers to all the women in the world! Happy international woman's day!

Lucy appears to be a darling to her family members; no wonder that Lucy's parents have supported her throughout her acting career.

Anyways, Lucy, who looks super gorgeous and perfect on her roles now had problems regarding shyness in her childhood. Talking about her childhood problem in an interview with The Australian, she uttered,

'When I was eight, it was so bad my teacher encouraged my parents to take me to speech and drama classes,'

Well, the shyness ultimately gave Lucy the pathway to the acting career, as she first began acting just to overcome her extreme shyness. Since then Lucy has been climbing the height of stardom and preparing well from her side to garner all the fame she deserves. Lucy is indeed an inspiration to a lot of newcomers in the entertainment world.