By LRU Writer | On: October 26, 2016
Keeping yourself beautiful and up to date every time is one of the most difficult tasks. Only those who are in the field of glamor know about its ecstasy while the above the surface people might find it to be easy. But trust me its one of the most hectic and challenging task as it requires lots of hard work, patience, and continuous monitoring. 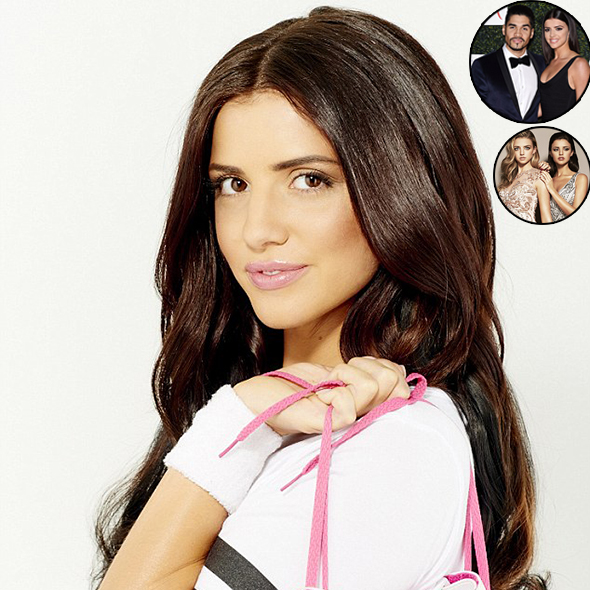 Keeping yourself beautiful and up to date every time is one of the most difficult tasks. Only those who are in the field of glamor know about its ecstasy while the above the surface people might find it to be easy. But trust me its one of the most hectic and challenging task as it requires lots of hard work, patience, and continuous monitoring.

Beautiful model, Lucy Mecklenburgh might exactly know the amount of pain she goes through to keep herself up to date and to give time to her relationship equally.

Today, we shall learn about the secret diet and workout plan adopted by the young model and about her relationship issue along with her sister.

Know about her diet and workout plan?

Having a slim and ripped body is a dream of many as consistent hard work with dedication is required to maintain that body with a gracious look. As posted by dailymail.co.uk on 3rd February, the 24-year model shared her secret about her fitness on her online website resultwithlucy.com where she has given varieties of trick to perform the workout.

She has also spoken about her day to day fitness regime about her daily workouts and has spectacularly mentioned about how she is strict on the workout. She said:

“I work out 4-5 days a week but I relax that if I've got a very busy week, 'I always mix it up otherwise I would be bored. Variety is key to keeping motivation.”

“That's why I set up my workout site results in withlucy.com - it has over 300 workouts so you can take your pick. Pilates and HIIT are my favorites.'

Similarly, the lady has also disclosed about her daily diet which she intakes to keep herself intact and on a perfect shape. As posted by Mirror.Co.Uk on 8th May 2016, the Lady is said to have adopted “no carbs before carbs” mantra where she is seen encouraging young people to go for carbs rather than entirely avoiding it. In a recent interview she said:

“I think it was TOWIE that put people off with the slogan,No carbs before Marbs.’

‘Oh, carbs are bad for me.But that’s complex rubbish.Complex carbs, like those found in potatoes, are very important for your diet. A lot of young people have stopped eating carbs and I’m completely against that.”

The lady is also seen adopting a clean diet policy where she has completely avoided junk foods like pizza and burger with some wholesome, nutrient packed food such as green vegetables and fruits. Although she continuously eats healthy food for five days a week, she has given two days off for her to sneak into some yummy chocolates and curry.

Well, this might be quite informative for the ones who are in the process of maintaining a healthy diet. While the routine opted by the model may also help the energetic young fella's to elevate the concept of no meal diet or no carb diet.

The notion of “You are what you eat” is true. Therefore, what you eat purely reflect on your face and your body. So opting a healthy food would help you to live a healthy life free from disease and health issue.

What had grabbed her sister towards the limelight?

The younger sister of Lucy, Lydia Mecklenburgh's came into the spotlight of media when the media caught the same beauty together with her celeb sister. Moreover, the attention was not only for the beauty but also for the strictness Lucy had shown towards her sister when she was offered to be a part of  TOWIE. As posted by mirror.co.uk on 20th May 2015, the beautiful star did not want her sister to flunk out from her University just for the sake of getting involved in TOWIE and be in the limelight from an early age. However, at the same time, she also encourages her sister to actively participate in a campaign or in any over TV shows which would not harm her career. She said:

“When you've finished uni you can do what you want. My advice is to stay in uni and get your grades.”

Although Lucy seems to act as a possessive sister but in reality, she loves her sister and gives her an appropriate portion of freedom. She has always encouraged her sister to work as a model and other TV work but has also acted like a big sissy when taking decisions for her sister. I guess this is what sisterly love is all about as Lucy is very protective of her sister.

Does she have any Boyfriend Issue?

Every beautiful girl has a scar hidden underneath same might have been the case of the young model who has been facing constant trouble regarding her boyfriend.

The blond beauty and her boyfriend Louis Smith, a British gymnast, had got involved with each other in the December 2014. As posted by dailymail.co.uk on 5th February 2016, the duo is said to have met on the BBC gymnastic show Tumble where Lucy judged while Louis was the performer.

The couples had a smooth sail on their relationship eventually preparing themselves to get married to start their family soon. They were also spotted in Pride Sports Award Function 2015. Caption: Lucy and Louis were attending an award function in 2015.

But unfortunately, the news of their split up caught the attention of media when the lady confirmed about breaking up with her man. As posted by dailymail.co.uk on 5th February 2016, the news of their break-up came like a bolt. The source reported the primary reason for the break up in the relation is due to the hurried initiation made by Lucy to get married and settle in, while Louis was still not comfortable with the idea.

As posted by Mirror.Co.Uk on 5th February 2016, the source stated that

“Lucy wanted things that Louis just wasn’t ready to commit to. In the end, Lucy wasn’t prepared to wait. Louis really had led Lucy on in that they’d discussed marriage and kids at length  it came like a bolt out of the blue and doesn’t really make any sense to her.”

Finally, the lady spoke about the reason for her break-up with her boyfriend. As posted by thesun.co.uk on 7th  February 2016, the Lady blocked her ex-man from all her social networking sites. She also spoke about how Louis had posted the picture of Tyga and Kylie. Caption: Louis Smith posted a picture of Tyga getting bored while Kylie busy checking her cell hinting his break off with his girlfriend, Lucy Mecklenburgh.

The lady also admitted the fact that due to her excessive phone using habit the relationship had come to an end. She said:

“I admit I’m a person who’s on their phone too much, it’s just my life. I’m emailing and on social media.It’s what I have to do. I’m aware of it.”

“I knew that irritated him. But he didn’t communicate enough for me to realise that it was a massive deal until near the very end of the relationship when he told me in New York.”

Although she has broken up with her man, she was seen congratulating her man on his win on Rio 2016. On 14th August 2016, she tweeted a post praising her ex-beau:

Well, does this gives us a hint that the break up is just a temporary one while the couple shall still patch with each other after few days of distance.

There still exist a high chance of patch up, as both of the stars are not dating any man or women in their life after the breakup. Let's hope our assumption comes true as they surely do make a hot couple.