By LRU Writer | On: December 04, 2019
Lulu Wilson is a young actress from New York...has worked in many movies and Tv shows in her short career...is currently working in the Netflix series The Haunting of Hill House...has not revealed the name of her parents...her bio and age are given below... 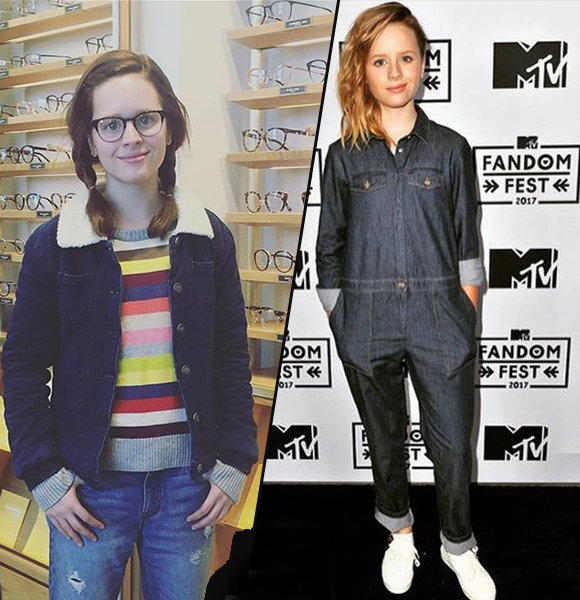 Lulu Wilson is the latest sensation when it comes to movies and TV series of the horror genre. She made her name in the industry primarily through her amazing works in many horror cinematic productions such as The Haunting of Hill House (2018), Ouija: Origin of Evil (2016), Annabelle: Creation (2017), and more.

Lulu made her acting debut in 2012 with the role of a little girl in the TV series, Louie. However, this wasn’t Lulu’s big break into Hollywood.

Her first breakthrough came in 2014, two years after her official screen debut. She got the role of young Catherine Black in the 2014 TV series, Black Box. Even though she appeared in only three episodes, her performances left a lasting impression on the show business as she started getting more film offers.

In the same year, Lulu got her first role in a horror-genre movie. She was cast as Christina in the 2014 film, Deliver Us From Evil.

Lulu is now working in the Netflix series The Haunting of Hill House, which started in 2018 and has plans to continue till 2020. She is also a part of the crew of the Star Trek: Picard TV series - which is being filmed in 2019 and is planned to be aired in 2020.

All in all, Lulu already has 22 acting credits during her short career, and this number is only rising exponentially.

Lulu was born in Hell’s Kitchen, Manhattan, New York, although the actress has chosen to keep the names of her mom and dad a secret till now.