Mally Mall Wiki: His Volatile Dating Affair And Alleged Girlfriends - In One Stop

By LRU Writer | On: December 21, 2017
Mally Mall Wiki: His Volatile Dating Affair And Alleged Girlfriends - In One Stop. Mally Mall, whose real name is Jamal Rashid, is an American with Brazillian-Egyptian ethnicity. He has worked with a handful of acclaimed singers as well as up and coming artists like Drake, Snoop Dog, 50 Cent, Tyga, Chris Brown, Usher—the name goes on and on. List of popular singers, however, is not the only thing associated with Mally Mall: he has often made headlines with his dating game. 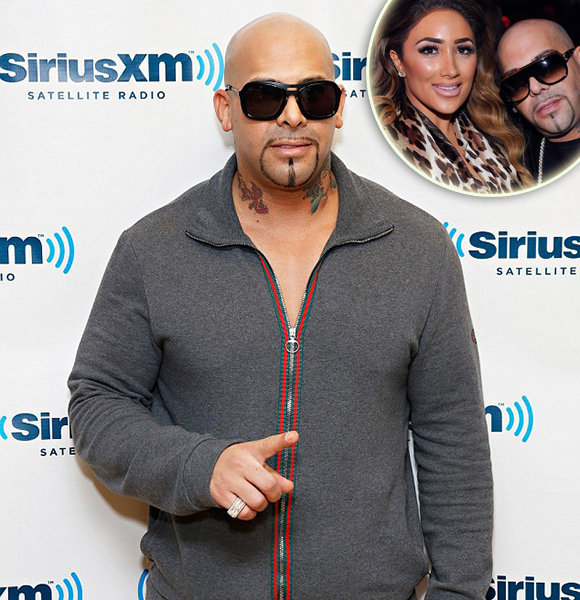 Dating these days can be quite tricky! You’d think being a music producer and head of esteemed record company would make your love life easy, but Mally Mall has us believing otherwise.

Mally Mall is a big name in the music industry, and he is often in bigger picture because of his link-ups and dating game. If you haven’t heard about Mally Mall, then you are in for a treat!

Mally Mall, whose real name is Jamal Rashid, is an American with Brazillian-Egyptian ethnicity. Born and raised in California, Mally is a producer of Mally Mall Music and Future Music and also happens to be a rapper himself.

The producer/rapper has whopping $20 million net worth and has played a spectacular role in producing the record-breaking songs like Chris Browns's Transform, Usher's Caught Up, Lil Wayne's Peaches and Cream, and a number of other songs that made it to the top of charts.

He has worked with a handful of acclaimed singers as well as up, and coming artists like Drake, Snoop Dog, 50 Cent, Tyga, Chris Brown, Usher—the name goes on and on. Wouldn't you agree that it is one impressive list of singers to be working with?

List of popular singers is not the only thing associated with Mally Mall: he has often made headlines with his dating game. It's no surprise given his involvement with his dramatic girlfriend, Nikki Mudaris, and the shattering of $30k worth of China. That's right!

Nikki Mudaris AKA Miss Nikki Baby and Mally Mall have always been in the limelight because of their on and off relationship status. But that is not what grabbed everyone’s attention. In 2015, Miss Nikki Baby vandalized Mally Mall’s house and destroyed 30k worth of China.

If you are wondering why she would do such a thing, well, brace yourself: it was because Mally Mall broke Nikki’s customized iPhone 6. Yup!

Although no charges were filed against Nikki, she was escorted out by the police.

But the story does not end there. Like shattering and vandalism was not enough, the ex-couple took the dispute online and started calling each other out on Twitter.

The Twitter feud really pissed off Mally Mall and he threatened to expose Nikki's "DIRTY P 2 the world". But that did not terrify Miss Nikki Baby at all; rather she tweeted back:

After the hideous breakup, rumors of rebound started floating in. Mally Mall was spotted with "Basketball Wife LA" star Malaysia Pargo in Hollywood. The beau celebrated Malaysia's birthday with dinner, gifts and boa constrictors. And they wrapped the birthday party by wrapping a gigantic boa constrictor around their neck.

He was also linked with transgender model Shauna Brooks, made evident when he posted a screenshot of their Insta conversation on his Twitter. The rumor was shut down when Shauna shared a screenshot of FaceTime with Mally which was captioned:

“but now I told Nikk about us u block me...see you round.”

Mall has always been able to land himself in controversy and gather an abounding audience. In 2017, the 40-years-old was seen leaving strip club with none other than Blac Chyna who was in a  relationship with reality star Rob Kardashian. When Blac and Mally were photographed leaving the strip club together, speculation about their dating surfed the internet. The due seems to be in the initial phase of the relationship, but neither of them has confirmed it yet.