By LRU Writer | On: February 15, 2018
Mariahlynn Personal Life: Details On Parents, Nationality, Ethnicity And Much More. If you are a fan of the reality star Mariahlynn, then you are in for a treat, as we are about to shed some light on the personal matter of the reality star behind the camera, including her parents, nationality, ethnicity and much more. 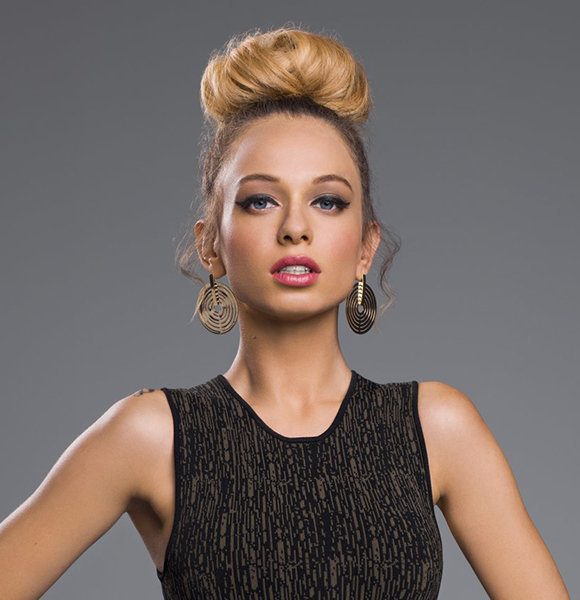 Every little detail matter to the fans who are always curious about their favorite celebrity. They are very eager to know what goes around the life of the star behind the camera, without a make-up artist and those fancy sets.

Mariahlynn is a reality star who rose to fame through the hit reality show, Love & Hip-hop: Newyork. In the show, Mariahlyann somehow always managed to put herself in the controversy and camera.

In the show, Mariah was romantically linked with the singer, James R. But their dating affair took an ugly turn when Mariahlynn found her boyfriend getting all smitten with Sophia Body for his music video of 'Bad Girl.'

It got worse when James confessed that he feels terrific chemistry with Sophia.

As soon as Mariahlynn got the news, she came right on the spot and got physical with Sophia, and things soon got ugly.

Like attacking Sophia was not enough for Mariahlynn, she went to the release party of James R's music video and made a dramatic exit. Take a look!

The reality star has a huge fan following because of her entertaining and unexpected nature on camera. And to her fans' delight, she tries to reach out to them as much as possible.

Once a fan of Mariahlynn, who is American by nationality, took the liberty to question her about her ethnicity on Twitter, and she Tweeted back, stating that she possesses Puerto Rican and Italian ethnicity.

Mariah is very open about her life and was shocked when she found that a website got her facts wrong. She took the matter to Twitter to serve the internet with the correct information regarding her age, birthday and the identity of her mother.

There is more to Mariahlynn than just being an entertaining reality star. The versatile artist also happens to be a rapper. She started rapping when she was just a teenager, and following her passion for rap music, she even released her single called  "Once Upon a Time."