By LRU Writer | On: May 16, 2021
Antique's auctioneer and TV personality, Mark Stacey, has always been one of the admirable and funny TV hosts, mostly recognized for devaluing the worth of several historical items. The host of some famous TV shows such as Flog It!, Bargain Hunt, and Antiques Road Trip... 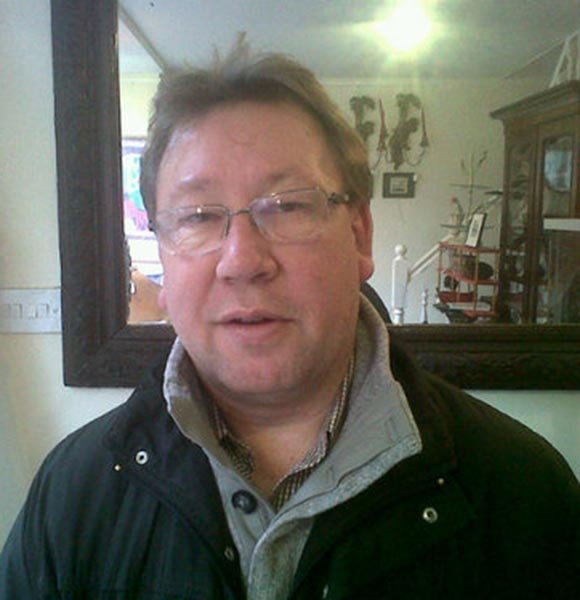 Openly gay, Mark Stacey has always been vocal about his relationships and preferences to his fans. He has been committed to his Spanish partner Santiago since 2012.

Long-Lasting Commitment, No Plans For Wedding

Stacey and his partner's relationship first came to light on 25 October 2012 when Mark posted a picture on his Twitter alongside his boyfriend, calling him "My Santiago."

Mark, who lovingly called his boyfriend "Santi," mentioned on 22 December 2014 that Santiago was about to host his first Christmas dinner as a couple. He further expressed his love by saying that he took a 12-hour ride to attend the dinner.

Santiago was with Mark through his prosperous and sad times. In December 2015, when Mark broke his right ankle, Santi took care of his lover and even rolled him around on a wheelchair. Mark even joked about calling him as his new driver in one of his tweets.

Although the pair is much in love, they haven't shared any plans to get married. While the official wedding is yet to be withheld, the two are going strong in their relationship.

"Mark Stacey Dies"; Not The Auctioneer

Back in October 2017, news surfaced in the media that Mark had gone missing and could be dead. Concerned fans and police officers made a search party to find him, only to discover that the TV personality was alive and well. It was later disclosed that the man who had gone missing was a Plymouth resident with the same name, and it was all a confusion.

But, Mark has witnessed deaths, that too in thousands.

In one of Antiques Road Trip episodes, Mark, along with his co-worker Will Axon, visited the St Leonard’s Church, where the skulls of nearly 2000 dead people were kept in the crypt. Although Mark held one of the skulls in his hands wearing a pair of latex gloves, he was terrified to do so. He told Mike Pearson-

"It’s very macabre really! It’s so strange Mike. It’s very uncomfortable holding a skull from a dead person. It really is. It was a person at some stage. They lived a life. It’s fascinating. It tells us so much about the past."

Besides, Mark initially worked as a residential social worker before becoming an antique expert. Stacey is mostly recognized for devaluing the worth of several historical items. He is a host of several famous TV shows such as Flog It!, Bargain Hunt, and Antiques Road Trip.