By LRU Writer | On: February 22, 2018
Actor Mark Umbers: Wife And Married Exist Only Professionally? His Personal Life. The British actor Mark Umbers seems to be too busy on his professional life as the news of his love-life and any possible partner has not been out in the media till date. His fans and followers are all curious to get acquainted with him on a personal level as well. 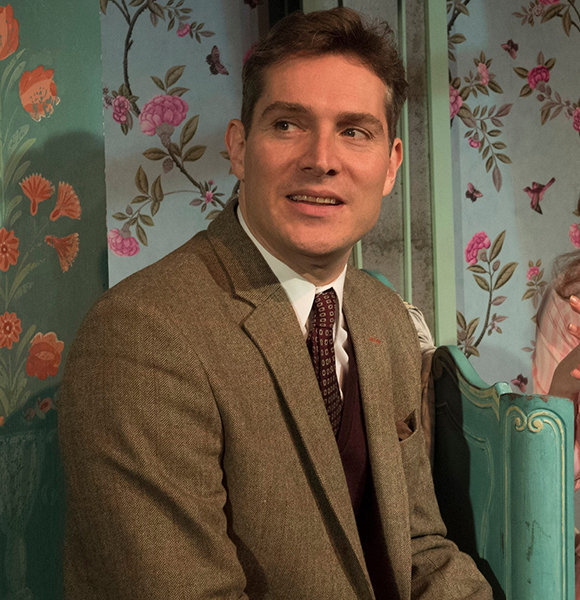 The British actor Mark Umbers seems to be too busy on his professional life as the news of his love-life, and any possible partner has not been out in the media till date.

Well, his fans and followers are all curious to get acquainted with him on a personal level as well. So, today we'll clear out the confusions on Mark's life behind the camera and know all about him in his off-screen avatar!

The handsome actor Mark Umbers prefers to keep his personal life close to his chest. No news regarding his love life has ever surfaced the media, and no hints have been revealed by mark to ensure if the 44-year-old actor is married and has a wife. Moreover, the actor has not even been romantically linked to any woman or been subjected to any dating rumors.

Thus, to this date, it remains unclear if the actor is single or taken. Mark could be hiding his love affairs behind the curtain, but it's no good assuming unless the actor decides to be more vocal about his love life.

Meanwhile, the privacy that he has implemented in his life has aroused rumors regarding his sexual orientation. There have been alleged rumors pointing Mark to be gay, but that too remains baseless any official confirmation from the actor.

If the actor is single, it could be because he finds it hard to link with a new person. In an interview with the Broadway UK on 25 November 2016, Mark revealed the information and further added that he has never tried internet dating.

It's certainly more topical now than it would have been in 1963 - I can't imagine many people then were familiar with blind dates and lonely hearts clubs. It does seem to relate to dating apps, the pressure to make some perfect choice and that separation of communicating online and in person. I've never done internet dating or anything like that - I find it hard enough with people I know, let alone those I haven't met!

Mark may be single in real life, but he usually has wives in reel life. In the 2004 romantic drama 'A Good Woman,' Mark played Robert Windemere, husband of Meg Windermere, played by the beautiful Scarlett Johansson. Mark Umber gets cozy with Scarlett Johansson in the set of 'A Good Woman'  (bdbphotos.com)

Mark has charmed the audience through both screen and stage performances. Some of the classical dramas played by Mark include 'The Glass Menagerie,' 'Pygmalion,' 'The Merchant Of Venice,' 'My Fair Lady,' and 'The Vortex.'

Likewise, his TV credits include 'The Prince of Hearts,' 'Casualty,' 'Foyle's War,' 'King Arthur: Legend of the Sword,' and 'Collateral.'

Despite his contribution to the entertainment industry, Mark seems to prefer being as far as possible from all debates and controversies. In an interview back in 2013 with the Yorkshire Post, he said that he is not interested to be photographed by the paparazzi and even claimed to be content with not being very famous.

“There’s a terrible pressure on you to become a celebrity these days if you want to further your career. That has never really interested me. I’m not a famous actor and that’s fine by me if the work keeps coming in. I am very lucky to have had the parts I’ve had without being in the limelight. To be a celebrity you have to court the paps (paparazzi) and that isn’t something I am interested in at all.”

Mark, with such thoughts, is a source of inspiration to a lot of stage and screen actors alike who want to succeed in the entertainment world. Well, as for him, his acting ability and his charming personality have helped him garner a lot of success and is sure to achieve greater heights in the future as well!

Keep visiting for the emerging updates on the life of Mark Umber!