Celebrity Master Chef Champion Alexis Conran: Is He Married? Who is His Wife? Children?

By LRU Writer | On: October 15, 2016
Mixing spices and balancing them to bring an aroma is not an easy task for every normal person. Neither it was an easy task for Alexis Conran until he followed every single step and challenges in the show Master Chef and became the ultimate winner. 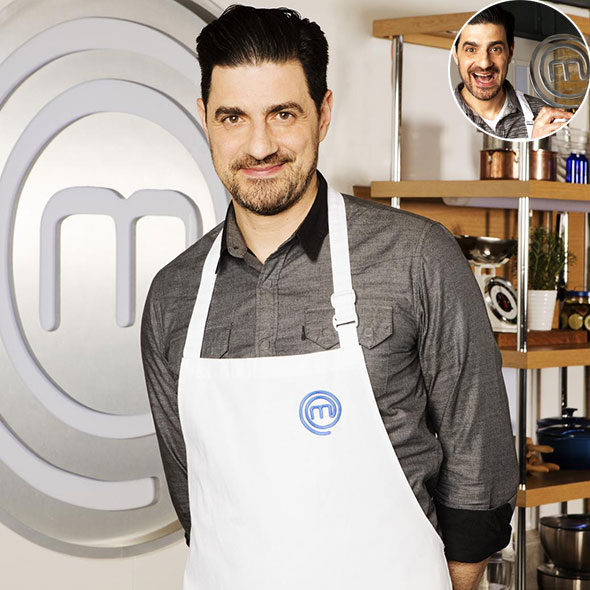 Mixing spices and balancing them to bring an aroma is not an easy task for every normal person. Neither it was an easy task for Alexis Conran until he followed every single step and challenges in the show Master Chef and became the ultimate winner.

Through the competition, the chef has gathered plenty of fan following, and well wishers but not a soul know about his personal details like his relationship status, wife, and children. So, today for the fans of master chef we are bringing in few details of this chef star.

Is he Married? Who are His Wife and Children?

The star is said to have married his long time girlfriend and German Actress Cosima Shaw. As published by Wiki Net Worth on 12th September 2016, the celeb got married a few years ago and had a daughter.

The celebrity chef has kept his personal life confined just like the secret recipes in his star food. Thus,no information has been obtained regarding his exact marriage and the when his daughter was born. Caption: Alexis Conran with his wife Cosima Shaw at an event (2013)

Cosima Shaw tweets about the show The Durrells on 3rd April 2016: As the star is married there is no question of him being gay nor is he surrounded by any rumors of dating any other women or having any extramarital affairs.

His Journey in Celebrity Master Chef?

In 29th July 2016, Alexis Conran outwitted all his two competitors Louise Minchin and Jimmy Osmond and won the Celebrity Master Chef challenge for the year 2016 at Benares restaurant in London’s Mayfair.

The finale show was hosted by chef Atul Kochhar, and the contender was given the task to impress some of the top chef of UK like  Cyrus Todiwala, Alyn Williams, and Ed Baines through their dishes. After going through four weeks of a rough day, Alexis bagged the title of 2016 making his family proud.

As published by Daily Mail UK, he said:

"I can't believe it, I have been working up to this for so long, for this one moment. I am so very happy and relieved. My family is going to be so proud.”

He added, "The key for the final for me was cooking from the heart, as that is what cooking is all about."


The winning moment for Alexis Conran: Well, he is just a kind of a man which every girl dream of marrying. The multi-talented personality is still married to his wife and is seen frequently attending various events together.

Alexis Conran was born on 18th January 1972 in Paris, France. He was raised by his mother after his parents got divorced. In the year 2016, he has estimated net worth of $40 million.

In the year 2000, he appeared in the music video of Blockheads titled ”Insomniac Olympic.” He has also worked as co-writer and presenter of the famous series The Real Hustle telecasted on BBC Three.

In the year 2013, he projected a program Hustling America for Channel 5 and Geographic channel. In the year 2015, he hosted a show Man vs. Expert in which the host challenged the experts in their related field. He has appeared in plenty of roles in television including the show Walking In Dead, Wire In The Blood, Eye Spy, The Right Stuff and The Durrells.

In the year 2016, he started his own radio show The Radio Hustle whereas in the same year he won the title of Celebrity Masterchef.He also has his own production company named Grifter Media.