By LRU Writer | On: January 12, 2018
Matthew Espinosa Wiki: Details From Family To Dating Affair with Girlfriend. Matthew Espinosa is a 20-years-old Vine star who rose to stardom for his witty videos and alikeness to Justin Beiber. He is just like a regular teenage boy who talks about his friends, making fun of their parents and shares stuff about school in his videos. The only difference is he has millions of audiences to hear him out. 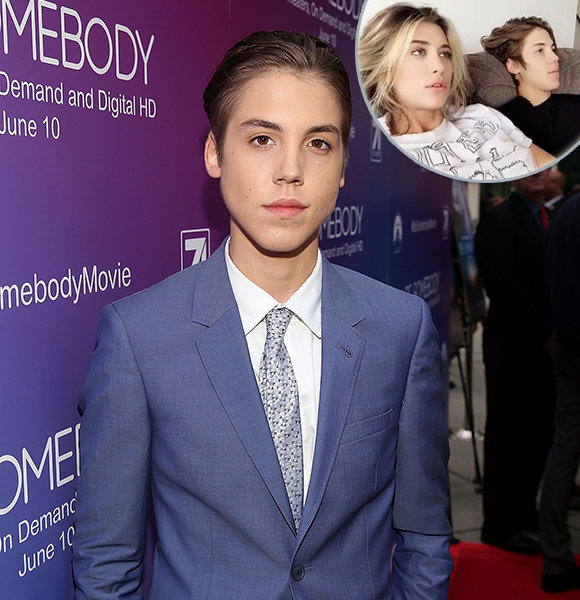 One does not need to be in movies or have a high source of income to claim the title of celebrity. Various social media platforms like YouTube, Vine, and Instagram are more than enough to put one in the spotlight and turn them into a star overnight.

These social media platforms allow people to exhibit their content to a vast audience and showcase their talent to the world.

The opportunity was well used by the Vine star Matthew Espinosa. The 20-years-old is famous for his Vine videos and his eerie resemblance to the popular singer Justin Bieber.

Let's look at the life of the young celebrity that includes all about his personal and professional life, and, not to mention, his dating affairs.

Matthew Espinosa is a 20-years-old Vine star who rose to stardom because of his witty videos and alikeness to Justin Beiber. He is just like a regular teenage boy who talks about his friends, making fun of their parents and shares stuff about school in his videos.

The only difference is he has millions of audience to hear him out.That's right!

Take a look at one of his cool videos.

Caption: Matthew Espinosa along with his friends shares a video trying the baby food. (Published: Jan 6, 2014).

Because of his looks and a huge fan following, the actor was able to make his film debut with the chick flick movie Be Somebody in 2016.

He is an internet sensation at the moment. It is no coincidence since he always grew up with the thing for the media. His dad, Rafael, even called him "Mr. Hollywood" while he was growing up.

And who would have thought he would grow up to be in the Hollywood and that, too, successfully. His passion for media drove him to a new height of success at such a tender age. Before his passion found its way into the media, Matthew was a sports enthusiast and played football at his high school.

He was born in Virgina and lived there with his parents Rafael and Laura along with his three siblings: Dylan, Ryan, and Kristen. The family of 5 resides in Virgina.

More About his Dating Affair:

The social media sensation, Matthew has a huge female fan following as his looks are to die for and he does look like Justin Beiber. But his female fans were rather upset when he was linked to model Jessica Serfaty. The 26-years-old model who previously dated the famous Nick Jonas is already a mother of a child.

Matthew confirmed his relationship with Jessica by sharing a video of the couple canoodling on his Snapchat.

Although neither of the two has directly confronted about the discomfort regarding their relationship, based on their Twitter we could smell some beef, and their fans could, too. Based on these tweets seems like the couple is going through a rough patch. However, no rumors of break up have been announced from the adorable couple.