By LRU Writer | On: May 25, 2018
American child actress Mckenna Grace is known for her roles in movies Gifted and I, Tonya along with series; Crash And Bernstein and The Young and The Restless. Flanked by a supportive family, the 11-year old actress is already making big waves in the Hollywood. Having already appeared alongside bigwigs of Hollywood nothing fazes the blonde actress and has already provided enough evidence of making it big in the showbiz. 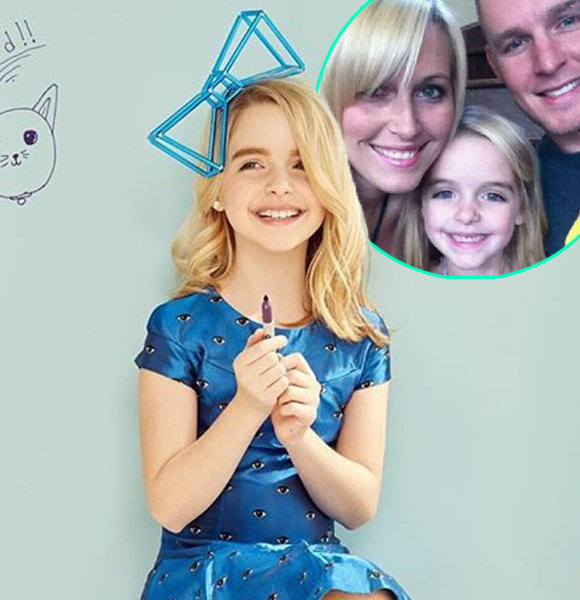 American child actress Mckenna Grace is known for her roles in movies Gifted and I, Tonya along with series; Crash And Bernstein and The Young and The Restless.

Flanked by a supportive family, the 11-year old actress is already making big waves in the Hollywood. Having already appeared alongside Hollywood's bigwigs nothing fazes the blonde actress and has already provided enough evidence of making it big in the showbiz.

Mckenna Grace developed a love for movies at the age of 5. For her fifth birthday, her grandparents brought her a collection of Blu-rays of Shirley Temple movies. After weeks of binge-watching all the films, Shirley announced to her family members that all she wanted to do in her life was acting.

Her supportive parents not only approved the idea, they even enrolled her in an acting school. And Mckenna was brilliant at it, drawing praises from her teachers at the school. Ther remarked about her undoubted potential to her parents, exclaiming that Mckenna was able to do things that just can't be taught, implying her innate talent in acting. Her father Ross Burge is an orthopedic surgeon and his mother Crystal Grace is a Medical Representative, dealing in orthopedic equipment.

Despite her parents' medical background, far away from Hollywood's glitz and glamour, they provided the best opportunity to their daughter, Mckenna so that she could pursue what her heart wanted.

As they say, fortune favors the brave, Dr. Ross was admitted for orthopedic surgery residency program at community memorial hospital in California. And the parents along with 7-year-old Mckenna relocated to California, which made it easier to pursue an acting career in Hollywood for the young age actress.

From Goodbye World To Captain Marvel

Mckenna Grace had already landed a movie Goodbye World before her family's relocation to LA. However, her career took a full-fledged flight only after coming to Hollywood.

She became a part of Disney XD's series Crash & Bernstein in 2012 and reprised her role of Jasmine Bernstein for two years. She also was part of acclaimed TV shows, The Young And The Restless, The Vampire Diaries, CSI, Fuller House, and was later part of ABC drama Designated Survivor.

And in the big screen, the young actress, who calls Ellen DeGeneres her big sister and her role model, has been a part of big projects and worked alongside stellar names such as Samuel L Jackson, Chris Evans, Margot Robbie to name a few.

The actress' devotion to her work was evident from a story relayed on from her sets of the movie Gifted.

Starring alongside Captain America star Chris Evans, Mckenna gracefully portrayed an intellectually gifted kid in the 2017 movie Gifted.  And for her role, Mckenna memorized complex equations to bring her character on the screen alive. The actress won two nominations for best young actress and performer from the Women's Film Critics Circle and Critics Choice Movie Awards along with widespread acclaims from the movie fraternity. Her newest picture Ready Player One was released on 29 March 2018 and is currently busy filming for Captain Marvel, the latest episode of the vast Marvel Franchise.

Apart from being a brilliant actor, the 11-year-old is a big time animal lover and advocates about letting animals eat rather than being eaten. She turned vegetarian at the age of six and is associated with PETAKIDS inspiring people to love animals.

American Actress Gifted and I Tonya The Young and The Restless