By LRU Writer | On: July 10, 2017
Mehgan James Doesn't Have A Boyfriend! She's Still Shooting Down Boyfriend Rumors And Clearing Private Moments With Sister. Bad Girls Club star Mehgan James is no different from those celebs as she too has been a victim of several rumors in her life and most recently, she was rumored to be dating someone but has now falsified those rumors. So let us see how it all started and address what revelations she has made regarding her private moments with her sister. 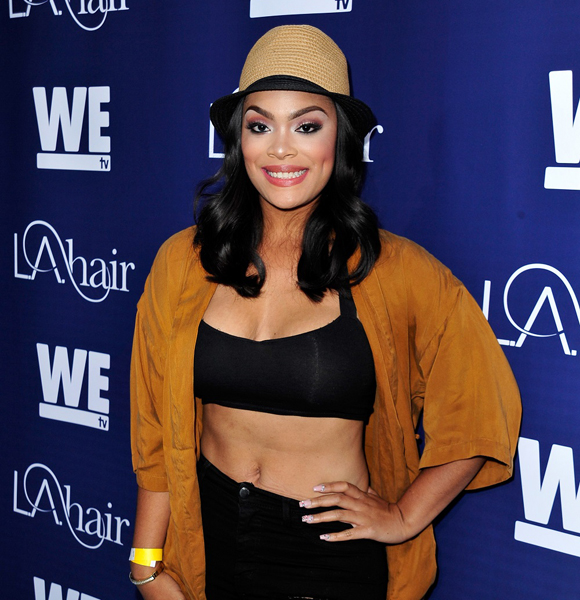 Rumors are something that stars are always surrounded with. When you live a life of a celebrity, you are always exposed to several rumors; most of the times, things being related to your love life.

Bad Girls Club's star, Mehgan James, is no different from those celebs, as she also joins the club of becoming a victim of several rumors in her life. Most recently, she was rumored to be dating someone but has now falsified it.

So, let us see how it all started, also addressing what revelations she has made regarding her private moments with her sister.

The truth behind Mehgan James's Rumor, Of Having A Boyfriend!

Mehgan James and Rob Kardashian were rumored to be dating earlier this year. The media, along with the fan's, went frenzy when they heard those gossips. Caption: Rob Kardashian and Mehgan James were rumored to be dating.

The rumors initiated when a source claimed about their closeness.

“Mehgan’s been supporting Rob and his business for some time now, They’ve been really close friends for about three months.”

But just when the rumors were catching fire; Rob himself came forth and denied those rumors. He took over his Twitter to clarify the hype; where he divulged that he has never heard of Mehgan.

Mehgan also took over her Instagram and addressed the rumors in a post, that is no longer available.

"Before any of you start defaming my character .. I'm CLEARLY not dating Rob , nor have I ever confirmed that I was . You all just so happen to believe everything you read. I posted one pair of Arthur George socks 2/3 weeks ago & now all of a sudden I'm a home wrecker, a fraud , a hoe... etc."

"I'm just 'Megan something.' that most of you 'never heard of, I don't have that type of power. I was just as confused as anyone else and was told not to even entertain it."

Now that's more than enough to shut all the rumors involving these two stars.

But she did date NBA star Kedrick Brown formerly. However, the pair split before they could take their relationship forth into a husband-wife relationship. Shedding light on their affair, Meghan told,

"I dated Kedrick Brown, he played for the Celtics and the Cavs and the 76’ers, but we don’t date anymore, and they don’t really display him on the show."

Also, did you know, Rob and former fiancee Blac Chyna ended their engagement, back in February? Well, adding to the fact, they are also parents to their daughter Dream Kardashian.

Mehgan's Private Moments With Her Sister.

In a post back in 2015, one of her fans and followers wrote,

To which she smacked back with a bold reply,

Moreover, when she was asked about it, she did not falsify those rumors and rather claimed that she was only willing to keep a man happy and live a little. Whoosh!

Born on February 11, 1990, in Houston, TX, Mehgan James is an American reality star who is 27 years age. She is most famous by her on-screen nickname "The Texas Temptation," which she earned during her times in the Oxygen channel's popular reality series, "Bad Girls Club."

James also is a former star in "50 Cent's: The Money and the Power." The success she acquired on the shows and her other ventures have helped her finances a lot, as she has been able to accumulate an incredible net worth, that dwells around $400 thousand.