Merritt Patterson is Dating! Stepped into 2018 with a Boyfriend

By LRU Writer | On: January 10, 2018
Merritt Patterson is Dating! Stepped into 2018 with a Boyfriend If you are still searching the actress, Merritt Patterson, in the "still single" list, then you may not find her on the list anymore. The beautiful actress, who has flourished her charm to the mass audience, shifted already to the "dating" list, which has its beautiful colors. 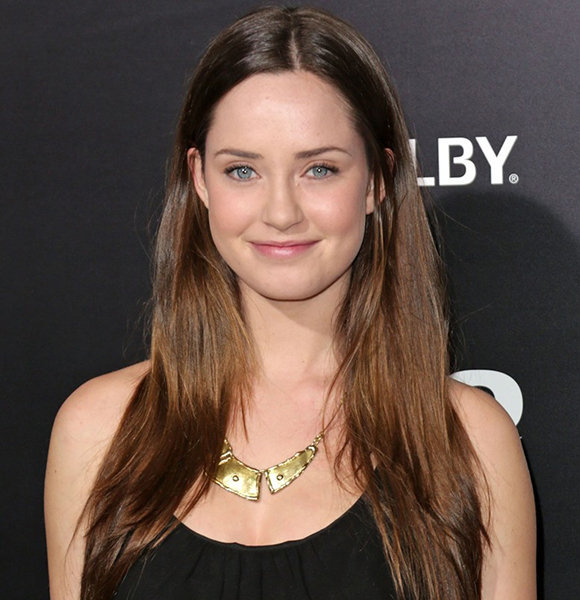 If you are still searching the actress, Merritt Patterson, in the "still single" list, then you may not find her on the list anymore. The beautiful actress, who has flourished her charm to the mass audience, shifted already to the "dating" list, which has its beautiful colors.

It's already been a couple of years since Merritt Patterson is in a relationship, and now, her dating affair has stepped into 2018 with her boyfriend.

Well, there is more to tell about Patterson's dating story which is something that you don't want to miss!

Merritt Patterson’s dating quirks first started in 2015 through her interview with Galore Magazine, where she talked about her boyfriend. Patterson was clear in her words to reveal the news of boyfriend though she lurked the identity back to the secret zone.

On the interview, she was asked whether she likes to match outfits with her boyfriend or not; to which she replied,

"Generally, I would say no…. Although my boyfriend and I do own some of the same articles of clothing, in particular a Patagonia jacket and Native boots. On any cold rainy weekend we’re typically matching but it’s a matter of survival not fashion."

Her interview clearly mentioned the presence of boyfriend, but at the time, she hesitated to reveal the identity.

However, Patterson's social media accounts began to show the dating scenario in 2017. Patterson herself posted an image on Instagram back on July 8, 2017, which showed a romantic moment with her new man, JR Ringer.

The series continued more and Patterson later shared a picture of JR Ringer with her parents. The image was quite evident to show that her new man, JR Ringer gels well with her family too. Patterson shared the image with a caption,

Patterson later posted a picture which was enough to contemplate the love between the duo. The image which was posted on October 30, 2017, shows Patterson sharing a lovely kiss with JR Ringer which proves their romantic relationship.

With the strong and deep love, the couple has stepped in 2018. They even celebrated the New Year together and shared a picture of them on Instagram wishing "A happy and healthy New Year."

The caption of their image reads,

Though Patterson hasn't talked about her relationship with her boyfriend in any of her interviews, her social media posts are enough to witness the strong love the duo shares.

Merritt Patterson was born in Whistler, British Columbia on September 2, 1990. Born to the father, Dave Patterson, Merritt was raised with a sibling sister Mackenzie Patterson.

By the age of 11, Merritt already had started dancing competitively, which she continued throughout her high school.  At the age of 15, she began her first job at the commercial for UNO.

The actress, Merritt, who stands at the height of 5’5” (1.65 m), first debuted at ABC family show called "Kyle ZXY" and later cast in the 2010 feature film "Percy Jackson: The Lightning Thief." Merritt Patterson is best known for the portrayal of Olivia Matheson in the series Ravenswood (2013) and is also known for work in the drama series The Royals (2015).