Michael Socha Has Son But With Who? Wife Or Girlfriend?

By LRU Writer | On: February 04, 2018
Michael Socha Has Son But With Who? Wife Or Girlfriend? British actor Micheal Socha has been able to woo everyone with his acting skills and has a considerable fan base. And his fans are really curious about the mother of his son. The actor is not married but has a son named  Elis Michael Socha. He had his son with his girlfriend. 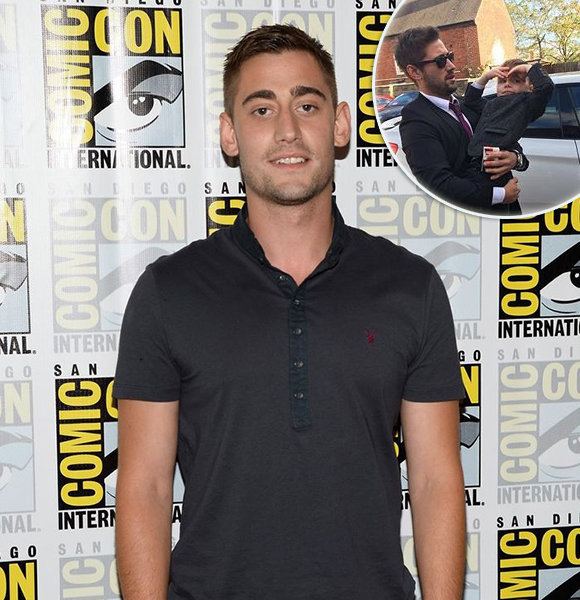 British actor Micheal Socha has been able to woo everyone with his acting skills and has a considerable fan base. And his fans are inquisitive about the mother of his son.

If you are wondering about the relationship status of the handsome hunk and the story behind his successful parenting, then you are in for a treat as we have covered it all in a single scoop.

Micheal Socha Has Son. Who Is Mother?

The concept of family has been changing over time. There used to be a time where having family had a standard set of procedures to be followed. It involved getting married and then having kids.

Now, people don't have to wait to get married to have kids. The society has been more accepting. However, raising a child with your separated partner is no picnic.

Today, we are here to talk about the 30-year-old actor Micheal Socha, who has been a successful parent, even after separating with the mother of his child.

The famous actor has not married yet but has a son named  Elis Michael Socha, who was born in 2012. He had his son with his girlfriend, Faye Ray.

In 2010, talking to dailymail.co.uk, Micheal mentioned about his on-off relationship with his girlfriend from his hometown. He said,

She’s called Faye and we went out for five years then split up. Now we’re back together. We met on the street, in the parks and that. She’s laid back and up for a laugh – that’s what I like. Sometimes I like to go out, sometimes I like to chill and do nothing.

The duo later drifted apart amicably after the birth of their son. They have been upbringing their son together since then.

In 2013,  Micheal expressed his gratitude towards his child's loving mother, Faye, for bringing the little kid to visit his busy dad. He said,

“It was a massive issue being so far away from him. His mum is really good and brings him out to visit me when I’m filming, but he’s been to five different countries before he was two. He’s starting pre-school and it’s important that he’s settled and has a routine.”

They are one amazing parent to the little boy.

The award-winning actress took the liberty to wish her nephew on his last birthday and tweeted a cute picture with a heartwarming caption to go with it.

Elis Michael Socha ???? no words can explain how much this boy means to me. My absolute world my beauty boy #nephew pic.twitter.com/Fe4wsNDFxl — Lauren Socha (@LaurenSocha) March 15, 2016

Micheal's son was not the only one who got a birthday wish from Lauren. The actress shared a cute picture of the father and son wearing their stylish suits for Micheal's last birthday. Take a look!

Micheal's other family member includes his father Robert Socha, who died of an alcohol-induced heart attack back in 2004, and his mother, Kathleen Socha.

Micheal Socha was born in Derby, England. He was a mischievous child and often skipped his school.

Micheal went to St Benedict Catholic School.The actor landed his first play in his school at the age of 11 and later went to Burton College before quitting his studies to work in a car wash.

After juggling between jobs, he was able to grab his big break in 2006 as a cast for the movie "This is England".

“I started out doing theatre and that was all I wanted to do until This Is England came along. But it wasn’t like I was actively looking to get back into theatre. This script came along and it just blew me away.

After that, there was no stopping Micheal. The actor has been part of some amazing movies including 'Better Things', 'Summer,' 'Public Sex', and 'Jade.'

Micheal has also worked in numerous TV series, including 'Once Upon A Time.' Likewise, he has appeared in some music videos, including Lauren Pritchard's "Stuck."

No, he is not. He is a single straight man.