By LRU Writer | On: August 06, 2021
The Top Chef winner Michael Voltaggio turns heads with his relationship with model and designer Sami Miro. 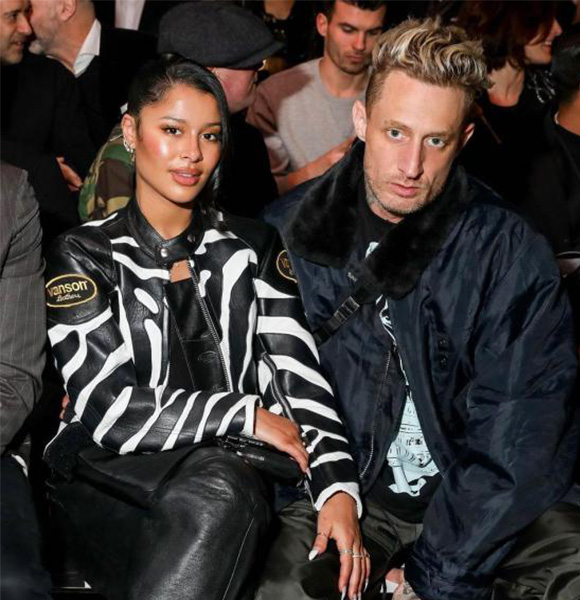 American chef Michael Voltaggio has successfully established his name amongst the prominent chefs since he won the Top Chef Season 6 title in 2010. Besides garnering significant attention for his brilliance in culinary, the chef came into the limelight when his relationship with Sami Miro went public in 2019.

Are Michael Voltaggio And Sami Miro Still Together?

Voltaggio made his relationship with Sami Miro, the impact designer and owner of Sami Miro Vintage, public in 2019. Taking their bond to Instagram account, the chef posted a selfie, embracing his girlfriend on his arms, on October 4, 2019.

Referring to Sami as ‘The one,’ he paired the picture with a caption,

Is that a world tour or ya girls tour? Was both, happy to be finally home with this one. The one. Reciprocating the love on Instagram, Sami wished her man on a Valentine’s Day, writing,

You treat me like a queen, and you fill my tummy with the best cuisine. Everyday is Valentine’s Day. Thank you for spending 7 romantic hours with me at the Apple store today.

Although the couple does not appear as much on each other’s social handles these days, they are probably still together as there hasn’t been any news of their split yet.

Voltaggio and Sami's Past Relationships

Before the couple grabbed the media's attention, Sami had already turned many heads with her relationship with star-actor Zac Efron. But, with time, the love turned cold between Sami and Zac, and their relationship of almost two years came to an end in 2016.

Likewise, Voltaggio also has a relationship history. The Top Chef winner was previously a married man.

He was married to Kerri Adams, with whom he shares two daughters, Sophia and Olivia.

However, their marriage and divorce details remain concealed, and his daughters reside with his ex-wife in West Virginia.

Where Is Michael Voltaggio Now?

As far as his current status, the former owner of the restaurant Ink now runs eateries Estuary, Voltaggio Brothers Steak House, and STRFSH in partnership with his brother, chef Bryan Voltaggio.

Besides, the chef has recently made a TV appearance with his brother Bryan in a brand new Discovery+ cook-off show, Battle of the Brothers.

The two brothers go head-to-head to pick a winner among a group of competitors, and the winner gets the opportunity to work with the Voltaggio brothers in one of their restaurants as a guest chef. Michael Voltaggio and Bryan Voltaggio on their cook-off show Battle of the Brothers (Source: Instagram)

His Career In Culinary and Net Worth

To begin with, the 42-year-old chef embarked into the field of culinary after he finished his apprenticeship at The Greenbrier at the age of 21.

He undertook his first job at the Ritz Carlton Hotel in Florida. Gradually, the chef honed his culinary skills with years of experience at restaurants such as The Dining Room and Langham Huntington Hotel and Spa.

Then began his TV career in 2010, when he first appeared on the sixth season of Top Chef, competing against his sibling, Bryan. The brothers went head-on to the finale, and Michael secured the first position while his brother landed as the runner-up.

Besides cooking, Michael has also explored his acting abilities appearing on TV series such as Young & Hungry, Suburgatory, and Lucifer.

Given the success of his career as a chef, from his restaurants and his TV shows, Michael has probably garnered a hefty net worth in six figures or more.