Miranda May and Her Lowkey Weight Loss is Inspiration! Has Dating Affair Or A Boyfriend?

By LRU Writer | On: May 13, 2021
Miranda May and Her Lowkey Weight Loss is Inspiration! Disney star Miranda May's weight loss journey has truly become one of the major inspirations to her fans. The fandom recognizes May for her appearance in Bunk'd, where she portrayed a cute teen girl with chubby cheeks. However, now she looks much different...

Disney star Miranda May's weight loss journey has truly become one of the major inspirations to her fans. The fandom recognizes May for her appearance in Bunk'd, where she portrayed a cute teen girl with chubby cheeks. However, now she looks much different.

Miranda is known for starring in the show Bunk'd, which gave her recognition in her career. May has now become a fitness freak and has been inspiring others with her love for fitness. 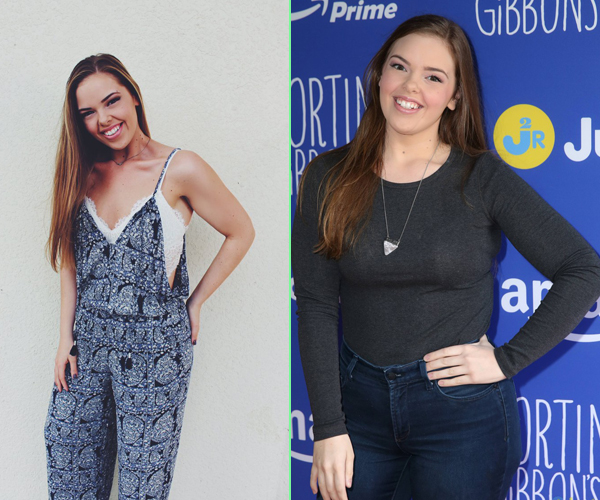 Miranda May Before (right) and After (left)

While talking to Entertainment Tonight, May commented that she wasn't a completely confident person when she started her acting career. She credits working out and eating healthy as the major source of a confidence boost in her life.

May is the youngest of her parents' four children, and she often gushes about her family love through social media.

While growing up witnessing the lovely bond between her mother and father, Miranda believes that someone is made for her too and would love her unconditionally.

Further, the actress also shared a throwback image of her father on the occasion of Memorial Day via Instagram. Wishing everybody a happy memorial day, she quoted that she is "the proud daughter" of her father.

Who Is Miranda May's Boyfriend?

Along with the gratitude towards her family in social media, May also spread little details of her love life on her Instagram. On the occasion of 2017's Valentine's Day, she shared a post via Instagram with the caption.

"Valentine's Day surprises from my Valentine"

Although the actress posted about her special surprise on Valentine's Day, she has not opened up about the identity of the man she was dating at the time.

Miranda started acting at the young age of 8. She made her debut with the movie Lower Learning.'Then, she made her TV debut with a guest role in the iconic series E.R.

She was part of the Disney Channel's Liv and Maddie Season 2 as Spacey Lacey. Later, she appeared on another Disney Channel's TV series named Bunk'd alongside Skai Jackson and Scarlett Estevez, who portrayed Gwen Flores' role.

Season 5 of Bunk'd is set to air in mid-January (2021), where Peyton List will be making her return. And everyone is excited to see what happens in Camp Kikiwaka. The last season premiered on 20 June 2019.

Stay with us for the emerging updates on Miranda May!