Beautiful Model Allie DeBerry's Dating Someone? Who is Her Boyfriend? What About Her Parents?

By LRU Writer | On: October 20, 2016
Born with the feature of Disney Princess, beautiful actress Allie DeBerry is the familiar face not only to her little Disney fan but million of fans spread across the globe. But, does this princess has her prince charming or is she secretly dating a man. 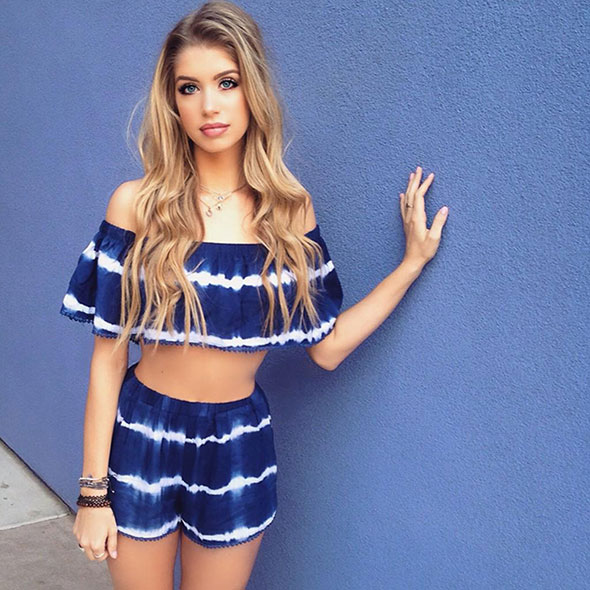 Born with the feature of Disney Princess, beautiful actress Allie DeBerry is the familiar face not only to her little Disney fan but million of fans spread across the globe. But, does this princess has her prince charming or is she secretly dating a man.

So, today we shall learn about the inside story of Allie DeBerry and her family background.

Is She Dating? Who is her Boyfriend?

Well, the Disney princess might have found her prince charming. As published by Busted Coverage on 4th June 2015, Allie DeBerry is dating Tyler Beede’s, an American professional baseball pitcher. Yes, this is true, as the actress has officially confirmed her relationship status with her man.

The lady has not mentioned anything about her dating events with her man nor her first meeting ever But, she has officially confirmed Tyler to be her man through her tweet on her Twitter account as posted on 5th September 2016. Similarly, the man had also given a green signal to their relationship when he tweeted about his girl on his Twitter account on 26th October 2015,

"Happy birthday to the most beautiful girl in the world, inside and out! I love you to the moon and back, my rib!"

The duos are still together. The lady with her man is spotted in plenty of places together. She has also posted plenty of pictures on her Instagram account where both the couple were seen enjoying each other companies quite merrily.

Whereas, some of the sources disclosed about the actress having an affair with Aiden Adams. But, looks like it only turned out to be a rumor as no concrete evidence of the duo having any relationship in the past has ever been found or published.

Similarly, the story of a new man caught our attention when we identified that the lady was likely involved with  American Baseball Outfielder Tim Tebow. Even though she has kept her dating events quite secretive but she was seen tweeting Tim Tebow on the occasion of Nation Boyfriend Day on 2nd October 2012. Looks, like the lady, was sincerely involved with the man as on the occasion of Valentine day in 14th February 2013, she had tweeted the man about their V-Day's plan.

At present the lady is not with him. They might have moved out from their secretive relationship as she is currently dating Tyler Beede's.The lady has neither disclosed about her love with the man nor revealed the reason for the breakup.

Maybe they kept their story hidden to avoid scandals which might have firmly put a black mark on their career front.Whatever can be the case, as the lady neither the man has spoken about their break up along with hook up.

Well, currently while going through the pictures she is enjoying her love life with her sporty boyfriend, Tyler. The couples are still in the relationship and have no sign or rumor of break up.

Any clue about her family background?

Well, the beautiful girl is said to be the youngest of three children, born to Tom and Cindy DeBerry. She is also the nephew of the most renowned author of Management, Cindy Hubert. The actress has not revealed anything about her parents besides their name neither she has mentioned anything about her biological brother or sister.

Maybe she does not want to share her personal detail with the public that’s why she has kept her family out of all the media attention, and hence none of her siblings attend in any event of her professional life.