Molly Hagan Wants to Have Children of Her Own? Married, Husband or Past Dating Life?

By LRU Writer | On: March 12, 2018
Actress Molly Hagan who once tweeted “I didn't have children because I thought the world too 'F'ed up, but too populated” now wants to have children of her own. Many of us reacted on her tweet and some of us even named it senseless but she still seemed to be serious about what she said. The rumors about her wanting a baby has now spread like a burn fire. 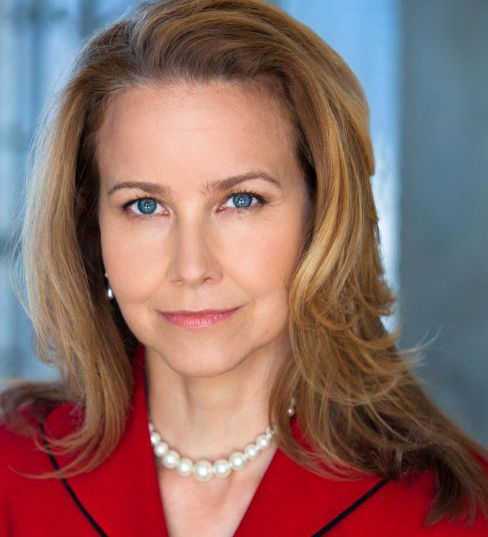 The American actress Molly Hagan, aged 56 is one of the famous actresses of Hollywood, known for her beauty and talent. The Herman's Head actress, Molly was got trapped in controversies because of a tweet about her personal life.

So, let's unfold Molly Hagan's married life along with the tweet!

Molly Hagan is a married woman.

She got married to American actor, Todd Kimsey after she first met via one of Herman's Head colleagues. The couple kept both married date and wedding snaps a mystery.

Similarly, Molly Hagan also separated from Todd and their separation was also kept as a secret.

Following the separation, Molly's ex-husband got married to Lisa Kimsey with whom he shares three children; Jackson, Judah, and Kellen. Later in 2016, Molly's ex-husband died on 16 September in Westwood, California due to double hit lymphoma, which he was suffering for past three and a half years.

Many of her fans and followers reacted after reading the tweet, and some of them even named it senseless. Despite all the criticizations and bashing, she still stood on her grounds as she is known to be someone who stands by her words over the years.

However, seems like things have changed as the rumors about her wanting a baby have spread like a wildfire.

Molly Joan Hagan was born to the parents; John Robert Hagan, father, and Mary Elizabeth, mother on 3 August 1961 in Minneapolis, Minnesota in the US.

When Molly was at the age of four, her whole family moved to Ft. Wayne, Indiana.

Also, she worked as the writer/director of the movie, The Garage Sale (2016), where she plays the role of Sophie. From her successful career, Molly enjoys the net worth of $500,000.

Code of Silence The Dentist and Election Herman's Head and Unfabulous