By LRU Writer | On: August 21, 2019
Nadine Velazquez married her husband in...began dating boyfriend after...turned 40 years of age in...hails from a family of...boasts a net worth of...stands at the height of...garners acting credits on movies and tv shows including... 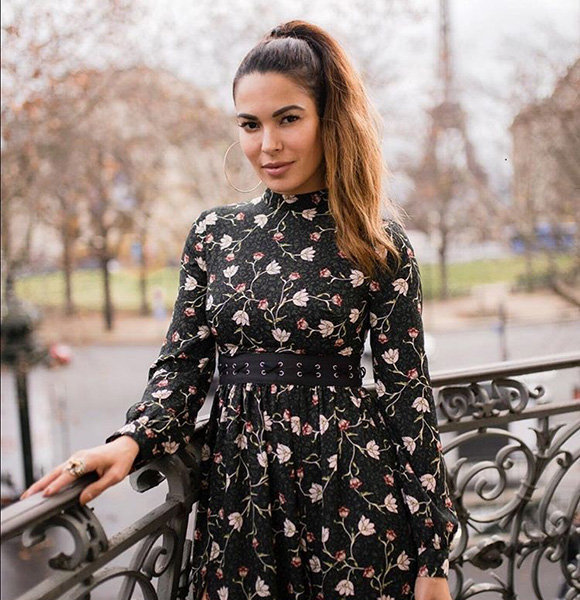 Nadine Velazquez skyrocketed to fame around 2003 with a recurring role on the daytime drama The Bold and the Beautiful. However, it was her performance as Catalina on NBC comedy series My Name Is Earl that made her a household name.

Nadine started as a model. From 2004 to 2008, she made the ‘Maxim’ magazine’s list of 100 Sexiest Women every year. Showcasing her God-given charisma, she hosted the Miss USA pageant in 2009.

A divorcee, Nadine was once a married woman. Between 2005 and 2011, she was in a marital relationship with once-husband Marc Provissiero.

A talent agent by trade, Marc is a native of Philadelphia. He tied the knot with Nadine when the actress was 26 years of age. The pair met around 2001 and had begun dating shortly after.

Neither Nadine nor her ex-husband Marc explicitly spoke on their separation.

Via her blog in 2013, the "My Name Is Earl" actress credited the divorce for transforming her into a woman. On the very post, she made mention of her then-boyfriend Frank Dattalo.

Nadine and Frank were together since 2009. The duo probably started dating after the actress' divorce in 2011.

By 2018, "The Bold and the Beautiful" star's romance with Frank had come to an abrupt end. At the center of the split was her brewing romance with LA-based businessman Karim Webb. On her boyfriend's birthday in February 2019, Nadine confessed her undying love towards Karim via Instagram.

Born in Chicago, Illinois, Nadine turned 40 years of age on 20th November 2018. A graduate of Notre Dame High School for Girls, she boasts a Marketing degree from Columbia College Chicago.

Hailing from a family of five, Nadine identifies as Latina because of her Puerto Rican roots. With regards to siblings, she has three (all sisters).

At a young age, the "Ride Along 2" actress developed passion for modeling. When just 13 years old, she tried to get signed by a talent agency despite not having her parents' permission.

So fierce was Nadine with her modeling aspirations that she didn't let her five feet and five inches (1.65 m) height become a defining factor.

The cameo on "Love Is a Four-Letter Word" marked Nadine's TV debut. In subsequent years, she went on to feature on several TV shows including Hart of Dixie, Real Husbands of Hollywood, The League, Major Crimes, Premiere: Within and The Six.

As of 2019, Nadine reportedly garners $3 million in net worth.