By LRU Writer | On: March 10, 2017
Hoda Kotb, known as the co-host of NBC's Today Show's fourth hour with Kathie Lee Gifford is in the relationship. You might not know whom she is dating currently. Let's move to her personal life. She married Burzis Kanga, former tennis coach for the University of New Orleans in 2005. Sadly, they split up two years later during the time Hoda was diagnosed with breast cancer. Hoda first met Burzis on Valentine's day. They signed their divorce papers on valentine's Day itself.

Hoda Kotb, the co-host of NBC's Today Show's fourth hour with Kathie Lee Gifford, is in the relationship again, having divorced earlier. You must be wondering about the partners of this lady. And this is when we come into the play. Let's explore her personal life.

She married Burzis Kanga, former tennis coach for the University of New Orleans in 2005. Sadly, they split up two years later during the time Hoda was diagnosed with breast cancer. Hoda first met Burzis on Valentine's day.

They signed their divorce papers on valentine's Day itself. Though she has always been very open about her affairs, the reason she split up with her ex-husband has never be revealed by her. 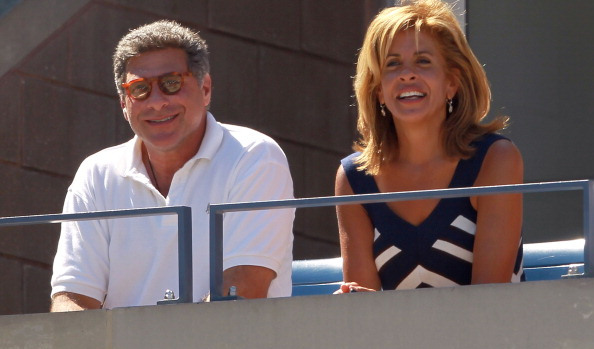 After having the divorce, She underwent reconstructive surgery for the damage done by mastectomy in March 2007. Her struggle through cancer's period was documented on the Today Show and was also shown on television following the successful treatment.

Later, she had a relationship with lawyer Jay Blumenkopf. He dumped Hoda eventually. 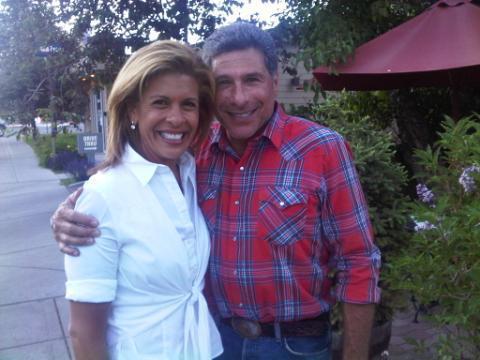 After Jay, Hoda has been dating New York financier Joel Schiffman, who works for an investment firm in New York. He has a daughter. Though they had been dating for two years, she kept the relationship private. She recently revealed her boyfriend's name and shared a photo of the couple during the third hour of the Today show on Tuesday, Jan 20. 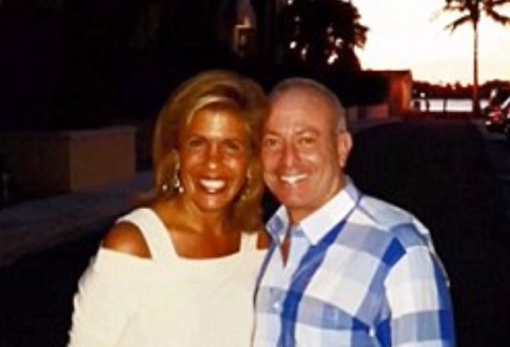 Caption: Hoda Kotb shared this pic on The Today Show

In an interview with eonline.com,  she said,

"There is something about the later-in-life portion of the program. You meet someone and you think to yourself, 'Wow, I didn't know I could feel like this at my age.'" 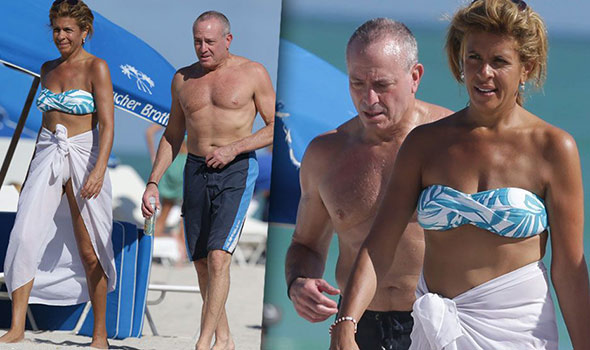 Caption: They were spotted hanging out together at a beach in Florida in 2013.

It has been reported that Kotb has finally adopted her first child and she seems quite excited to share the news with the world. The 52 years old News anchor who was unable to give birth after her cancer treatment came to the decision to adopt her first child after finishing her arrangements to live together with her boyfriend, Joel.

Apparently, she started the process of applying through a New York adopting agency, and it only took a few months before she got to meet her blessed child.

A few months later when she received details about the adoption, Hoda flew straight to the US to meet her daughter, Haley Joy. Haley was born on Valentines Day of 2017 apparently, how cute!

In an interview with the People, Haley recalled meeting her child stating,

"You’re standing in a room waiting, and somebody walks in holding your daughterI was exploding in tears. I thought they were going to take her away and say, ‘No, we have a hysterical freak here, get that baby back!’ ”

Her words about holding her child for the first time went along the lines of,

"it was like a puzzle piece that just snapped in. I felt it, It was as if she had been with me forever.” It was revealed that Joel, her boyfriend, was left out of the adoption process but Hoda insists that her daughter will call Joel dad, probably hinting to their inevitable marriage. Joel has a 23-year-old daughter himself, and Hoda can assert confidently that he is a fine father and will continue to be so.

Hoda also talked about how she was completely taken by surprise from the adoption success and was totally unprepared and said, “I had no stuff. The only things I had when I got home were a Rock ‘n Play bassinet, Pampers, and formula,". “They said, ‘We’ll get them to you in about three weeks,’ ” and then Koda added lightly saying, “and I go, ‘No, no, no, I need them on Wednesday!’ ”

Born on August 9, 1964, Hoda Kotb is popular as a host of NBC's “Today Show” alongside Kathie Lee Gifford. She too has won a Daytime Emmy award in 2010 as part of the Today Show team. Hoda is a correspondent for Dateline NBC. She has appeared in Martina McBride's music video for 'I'm Gonna Love You Through It.

In the year 1982, Kotb graduated from Fort Hunt High School. She has graduated with a Bachelor of Arts degree in broadcast journalism in 1986 from Virginia Tech.