By LRU Writer | On: February 01, 2021
Nick Kroll had to face a failed relationship to finally find the love that he always wanted. In the first place, the comedian's dating didn't go well; But, life had a better plan for him. So today, we will be talking about what went wrong with his initial love and his life as a married man. 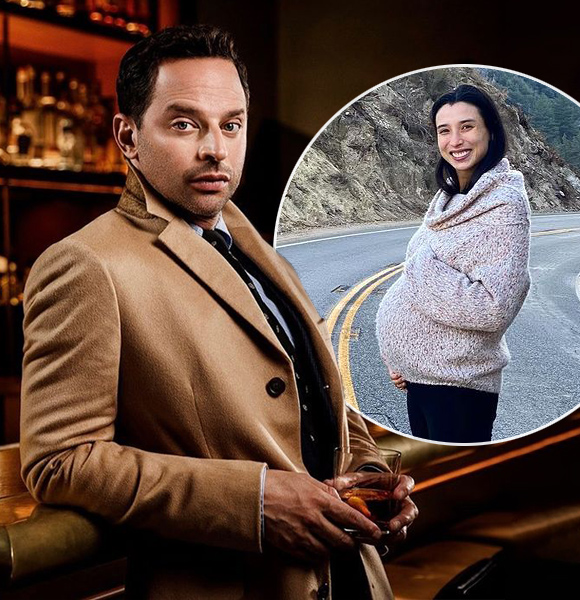 Nick Kroll had to face a failed relationship to find the love that he always wanted.

In the first place, the comedian's dating didn't go well; But, life had a better plan for him. And today, we will be talking about what went wrong with his initial love & his life as a married man.

During mid-2013, news about Amy Poehler and Nick Kroll dating each other hit the media. The couple was first sighted dating at the Pikey Café and Bar in Los Angeles.

Moreover, the pair worked together in “The Douche.” The couples were later seen together at the AFI Life Achievement Award Ceremony. As they both were enjoying the night, one of the observers said to PEOPLE,

“Amy looked really happy and upbeat throughout the night – they were cozy. I haven’t seen Amy look this light and airy while out in a long, long time.”

She also mentioned her relationship in a 2014 memoir where she said,

“I have a boyfriend who knows how to settle me. He puts his hand on my chest and tells me boring stories. On one of our first nights together, I woke up apologizing for my snoring and he pulled out two earplugs he had worn to bed so he could hear what I was saying. It was one of the most romantic gestures I have ever seen.”

Then boyfriend-girlfriend duo, Nick Kroll and Amy Poehler at the AFI Life Achievement Award on May 10, 2013 (Photo Credit: wordpress.com)

However, the relationship could not last long as the couple separated in late 2015. The couple didn't spill any beans regarding the split, but one of the insiders close to Kroll and Poehler did. The insider said,

“Unfortunately, they just couldn’t make the relationship work with their schedules. Upcoming projects constantly came between Kroll and the mom of two . They really tried, but it just wasn’t realistic anymore. They were spending more time apart than together.”

On 2 May 2016, Paparazzi spotted Amy Poehler with an anonymous guy along with her two sons during their hike in Los Angeles. Amy Poehler with an unknown guy along with her two sons during a hike in May 2016 (Source: dailymail.co.uk)

After almost a year, it was identified that Poehler's boyfriend was Benjamin Graf, a lawyer. The couple was spotted together once again spending quality time in the Bahamas on 30 January 2017. 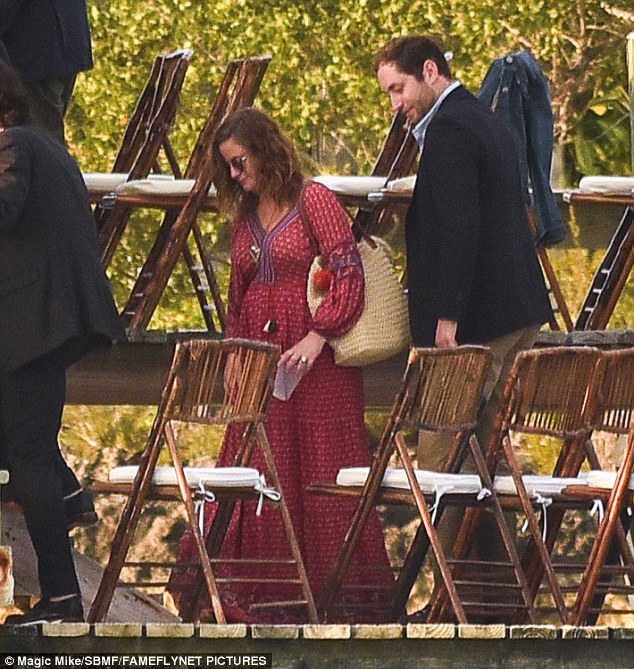 Amy Poehler alongside her boyfriend Benjamin Graf at a friend's wedding (Source: dailymail.co.uk)

They were in a tropical location to attend a friend's marriage ceremony. But for Poehler and Graf, their relationship just couldn't reach that level.

As per Radar Online, the couple called it quit in April 2018.

Before dating Nick, Amy was a married woman and the wife to Will Arnett, with whom she got married in August 2003. Amy and Will parented two sons together, Abel Arnett, 10, and Archie Arnett, 12. However, the couple filed for divorce on April 8, 2014, which was finalized in July 2016.

After two years, Kwong announced her pregnancy via Instagram on 17 October, flaunting her baby bump near a seashore. The caption read:

Created a little Dumpling with my forever person @nickkroll

Then, another big news came the following year when Kroll revealed that he is married. He Instagrammed a picture of their wedding on Thanksgiving (26 November).

In the caption, he wrote: ' So very thankful for @lily_kwong.'

Kroll's wife Kwong reciprocated the love and posted the same picture on her Instagram with the caption: 'So deeply thankful, 11•19•20 + forever.'