Nick Swardson Has Any Thoughts Of Getting Married Or Just Too Busy With Tours To Have A Dating Life?

By LRU Writer | On: March 02, 2021
Nick Swardson Has Any Thoughts Of Getting Married Or Just Too Busy With Tours To Have A Dating Life? Famous actor, comedian, writer, and producer Nick Swardson have been doing great in his career with all the talents he possesses. Fans do love him mainly for his stand-up comedy, and he is best known as a comedian. 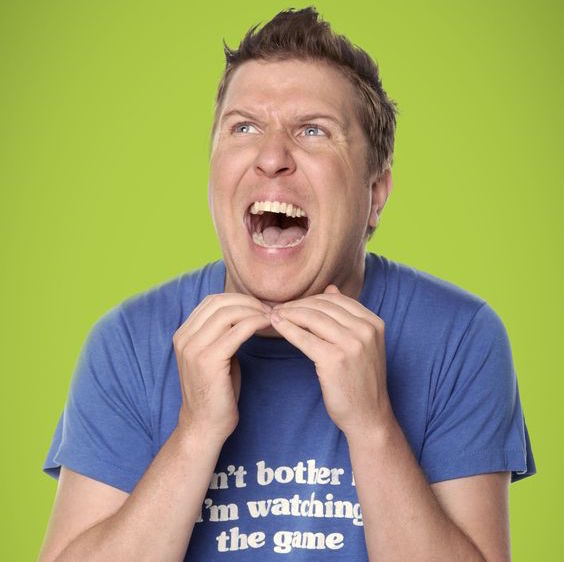 Famous actor, comedian, writer, and producer Nick Swardson have been doing great in his career with all the talents he possesses. Fans do love him mainly for his stand-up comedy. But the thing his fans wonder remains if he is married and if he is not married, when will he get married? Does he even have thoughts of getting married or is he just too focused on his professional career? Well, let's find it out!

Nick ready to get married or just focused on his career?

Fans love him for what he has done in his professional life, and it is unlikely that he is married and has a wife in his life as he keeps himself busy on tours and also has not revealed anything about him having a wife in his life. But what are his thoughts on getting married? Well, he once joked that he is never getting married for one particular reason which he shared on his Twitter back in 2015.

For someone with such sense of humor, it is obvious the statement would be like this. But keeping jokes apart, Nick has not yet revealed any plans of getting married and settling down in his life. Also, people often accuse him of being a gay as he has not revealed anything about him dating a girl and having a girlfriend in his life. However, he has addressed this rumor regarding his sexuality through a tweet, which said,

I'm NOT gay at all. Not gay but if Eric Decker wants to have a hot tub wrestling match on Cialis. I'm... down brah. @EricDecker87

So now this shall make it clear that he is not gay and is as straight as they come.

Swardson and his touring!

He loves what he has been doing professionally, as he is always on the tours. Speaking of touring, he has got some shows lined up so if you are a fan of Nick and his stand-up comics, you might go ahead and catch him in a city near you.

He was also recently spotted without his standup gigs at Terry Fator Theater at The Mirage where he partied at Steve Wynn’s Encore hotspots XS and Encore Beach Club. Moreover, he has also tweeted out his plans for the upcoming months which says,

Born on October 9 of 1976, in Saint Paul, MN, USA,  Nick Swardson is an American actor, the comedian as well as a writer who is best known for his stand-up comedy. He is best recognized for his role in Reno 911! His other acting credits include successful projects like "Grandma's Boy,"  "Just Go With It," "You Don't Mess with the Zohan," "Benchwarmers," and "Bedtime Stories."

Having talents like Nick and being a part of successful projects, he has been able to do his financial life a world of good, and as a result, he enjoys a fascinating net worth of 10 million USD.