By LRU Writer | On: July 09, 2018
American Basketball player Nick Young started his career in NBA since 2007. He has won the NBA championship with the warriors. Professionally, he has won many matches and also has amassed fan followings. But when it comes to the personal life, he is a father of two children and also has a cheating allegation. 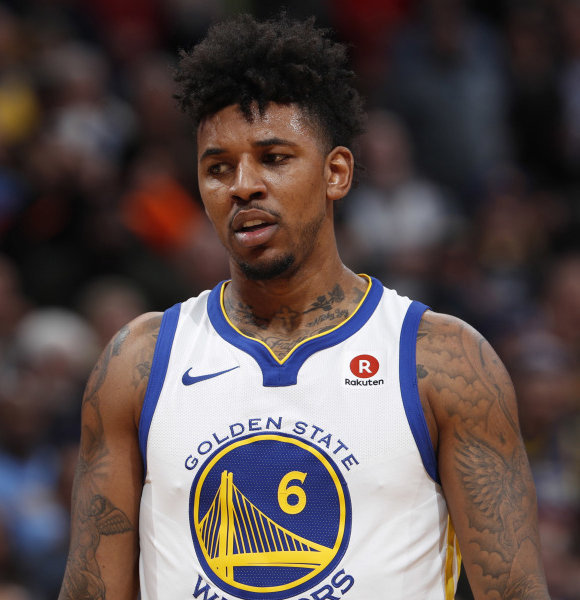 American Basketball player Nick Young started his career in NBA since 2007. He has won the NBA championship with the warriors.

Professionally, he has won many matches and also has amassed fan followings. But when it comes to the personal life, he is a father of two children and also has a cheating allegation.

But as of now, he is living his life with his wife and children. And his children fall under the topmost priorities for the player.

Nicholas Young had an on and off relationship with the high-school girlfriend, Kenna Green. The couple welcomed their first child, a son named Nick Jr. in 2012 and were blessed with the second child, a daughter in October 2016. Similarly, the couple shocked their followers when Keonna announced her second pregnancy when she was not with Nick.

When his ex-girlfriend was pregnant, Nick has engaged to rapper Iggy Azalea. But when the news flew over the media, she broke her a year-long engagement to Nick in June 2017 citing trust issues. She further tweeted:

“I broke up with Nick because I found out he had brought other women into our home while I was away and caught them on the security footage.”

An insider claimed that Nick awaited for four months to disclose the news to Iggy where Nick told that he was drunk and it'll never happen again. The 28-year-old singer was supportive with Nick's friendship with Keonna but it seems he took advantage of it. Well, after splitting from the fiancee, he was reportedly dating singer Paloma Ford.

A source close to the NBA star reported:

“Nick [Young]’s ready to be in love and commit to one woman. In hindsight, Iggy [Azalea] wasn’t the one, Keonna [Green] was. He’s always had love for her since they were in high school and his feelings for her never fizzled. She’s a great mother, a great lover and friend, and she’s always been the one who could keep Nick in check.”

However, aside from this, the 33-year-old player is seen more close with his baby-mama.  And she indeed is also the inspiration to the player. She described to Essence that they have a long history.

"We've been in and out of each other's lives and we've dated other people, we have still always managed to keep in touch. It's something that no one will be able to understand. We don't even really understand. We're just like, 'You know what, we have these kids. You know, we are friends.' We share each other's deepest, darkest secrets. We talk a lot. We have that type of friendship."

Following their many on and off the relationship, the high school sweetheart tied the nuptials in 2017 in a very secret way. The news about their wedding never made it to the headline.

After having a small and quiet wedding ceremony, Keonna Green made her appearance on the show, Basketball Wives, where she told the story from her side. Green, who owns a kid's clothing business, has been neglected and also been criticized for being the middle woman in between Nick and Iggy. She said:

"Last year was not easy for me. [But] it's very easy to co-parent with him [Young]. We do a lot of family things together. He makes sure he puts his kids first on his holidays and things like that. So I don't really have an issue when it comes to that."

Nick Young, who has a net worth of $ 8 million, is back to his baby-mama and also seems to be with his  family.