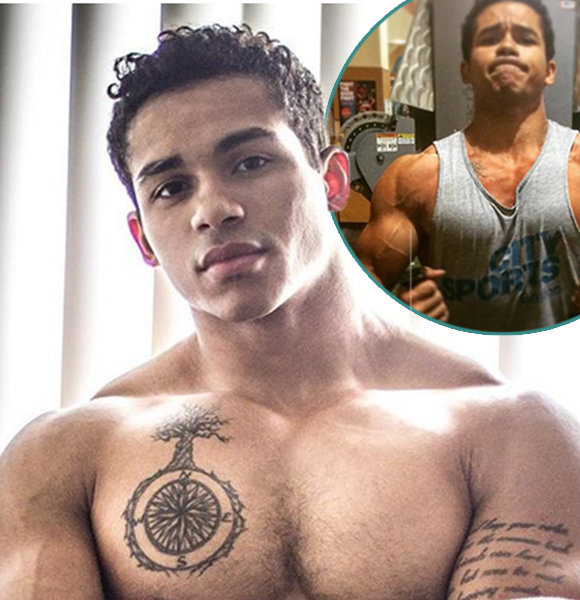 Known for the role of Franklin in the TV series My Wife and Kids, American TV actor Noah Gray-Cabey leads a beautiful family life and has a wonderful relationship with his parents outside the camera world.

Hailing from a family full of musicians, acting is not the only Noah's talent that ingrains his fans, as his music is also at its best.

And while juggling both acting and music, he also leads a beautiful dating life and colors his social media with it.

So, there's more to explore; Noah loves his family and his girlfriend!

Why don't you make your hands dirty with the information already!

The pianist, Noah Gray-Cabey, who had it all around him since he was a child, has made a name for himself.

The Harvard University graduate was raised under the wings of musician parents; mother, Whitney Gray of European ethnicity, and father, Shawn Cabey of African-American ethnicity.
The fourth son of the family inherited more than just the mixed ethnicity from his parents.

He has been playing the piano since he was four and has become so skilled at it. At a tender age, he was already performing at various events, including the orchestra at Sydney Opera House.

He went on his first tour in Jamaica with his parents and siblings by his side. The following year Noah toured Australia, and by the time he reached five, he was leaving a mark of a masterpiece at Sydney Opera House - the youngest soloist to perform with an orchestra.

He recorded a CD with his family and has been taking care of both careers; music and acting. His parents' support and love count for his success.

Music has been Noah's ultimate passion, which also became the uniting factor for his parents and siblings. Even his siblings are a musician themselves, who streams their hands-on musical instruments.

The oldest of all, Nick, who is sixteen, plays the viola; Their second son Zack, who is thirteen, is on the cello, and their twelve-year-old, Bryanna, plays the violin, joined by Noah on the Piano while their mom Whitney running the show.

Who is Noah's Girlfriend?

Noah Gray-Cabey does play the romantic string well, too, as his dating life with a lady has colored his social media.

The first cute couple's image surfaced on social media in April 2016. He posted an Instagram picture where he was spotted placing a sweet kiss on his girlfriend's cheek. As the caption suggests, the couple might have shared a long-distance relationship at the time. The caption read,

"Feeling very lucky to have this beautiful girl back with me in LA! When she visits, I get to do touristy stuff "

The Chicago, Illinois native added to the couple's adorable social media image in the August of the same year, 2016. He posted a selfie of himself with his girlfriend in front of a lake via Instagram, where he appreciated the lady of his life in sweet words. The pair also celebrated 2017's Valentine's day together back in February 2017 and took to Instagram on the same special day. The couple spent their romantic time in Amsterdam, Netherlands.

Noah did not miss to appreciate his lady again as he quoted his girlfriend as the "most long-suffering and patient woman on the planet." But Noah has layered some parts of his dating life a secret, including his girlfriend's identity and dating timeline.