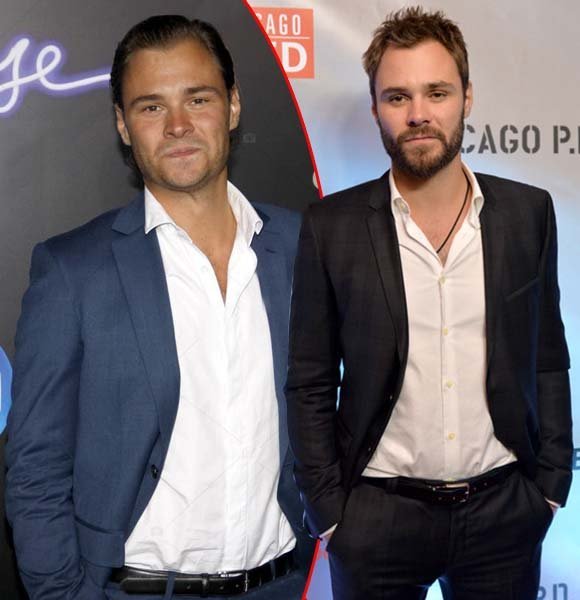 We respect their privacy, yet there is always a desire to learn more about celebrities' personal lives, particularly their relationships. It is the same for Patrick; the curiosity to explore who will be his wife drives everyone insane.

Let's see if he's managed to find someone.

Patrick has always kept his personal life a secret. However, we are sure that he is not married. But what if we tell you that there is a possibility of him having a wife. Reem is a Jordanian-American actress and model born in Dubai on 25 September 1995. Her parents are Humam Amara and Carolyn Lena Mickley. The model also has four older siblings.

She lived in the US, Jordan, Egypt, UAE, and Iraq while growing up. As of now, she is living in Los Angeles, California, focusing on her acting career.

So far, she has been featured in the music video of Drinking Problem (2017) by Midland. She also appeared in the 2019 Mexican drama Modulation Nowhere, in which she portrayed the character Elaina. In addition, she got recognition for playing the head nurse in Chicago P.D. (2020).

But there are not many details regarding Patrick and Reem’s relationship as they prefer to keep their life private and have not shared any details of their relationship.

However, we were able to see them on one screen. In 2020, Reem got selected to take a side role in Chicago P.D. as a head nurse of the hospital where Patrick’s character frequently visits. At that time, Patrick showed off his love for his wife by posting a picture of Reem and asking to take her on a date.

Looking at his dating history, Patrick has never flaunted his past girlfriends on any of his social media. But this time, he frequently posts pictures of his current girlfriend and shows his love hinting us to know that Reem is soon going to be his wife.

Perhaps due to his tendency to keep his personal life to himself, Patrick was rumored to be dating his Chicago P.D. co-star, Marina Squerciatti. The speculation gained much traction back in 2017 when she was pregnant. However, she has kept the identity of the baby’s father a secret, and many guessed that Patrick was the father.

More About Issue:- Marina Squerciati Revealed About Being Pregnant On Her Instagram With Anonymous Husband; Rumor Of Dating Co-Star True?

Coincidentally, Patrick plays Adam Ruzek, and Marina plays Kim Burgess, and the two are an item in the show. As of season seven, Kim is confirmed to be pregnant with Adam’s baby. So far, none of them have commented on it, but given his relationship with Reem, the rumors are most likely false.

Reem is currently working and building her career, whereas her boyfriend has already established his name in the industry.

He started his career playing the role of Jeremiah in the 2001 Disney movie The Princess Diaries. Since then, he has played in more than 20 films and TV productions, successfully establishing himself as a skillful actor.

He graduated from Red Wing High School. Besides being an accomplished actor, he is also a musician who was formerly the lead singer for the band Sleeper 7.

As a secretive person, he has also not revealed his net worth. But with his career, we can assume that his net worth is in the millions.

Patrick is currently focusing on his career as well as his girlfriend. We eagerly wait for their wedding bells and for Reem to be his wife.

We will surely update you guys more on Patrick’s personal life. Till then, stay tuned.