By LRU Writer | On: May 22, 2018
Report! Pete Davidson Dating Ariana Grande; Casual & Quick After Former Split. New romance on the way! Saturday Night Live alum Pete Davidson and singer Ariane Grande are on their way for a new romance as they are reportedly dating. 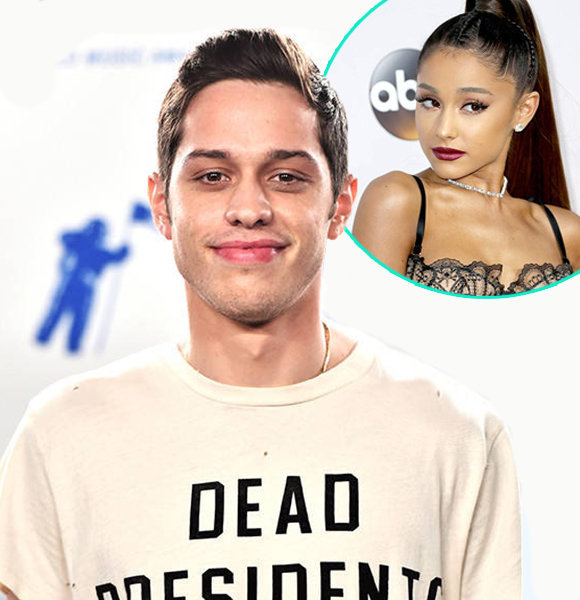 New romance on the way!

Saturday Night Live alum Pete Davidson and singer Ariane Grande are on their way for a new romance as they are reportedly dating.

On 18 May 2018, Bossip first reported that Pete was dating Ariana. Later, a source close to People confirmed the news claiming that the couple's relationship has "just started" and “it’s very casual.” Pete Davidson and Ariana Grande on the stage of SNL back in 2016 (photo: people.com)

The couple was also seen together at the Billboard Music Awards held in Las Vegas on 20 May 2018. Pete supported Ariana while she performed her new song No Tears Left to Cry from her fourth studio album, Sweetener in the evening.

An insider to People reported that the couple was quite smitten in the backstage after Ariana’s performance, and even was holding each other while hanging out with friends.

The US Magazine even claimed that the pair were spotted together at a restaurant on 12 May 2018, before their dating news surfaced out.

"Ariana was hanging out with Pete and his mom at the SNL afterparty at Zuma on May 12.”

Pete and Ariana first met when Ariana hosted an episode of Saturday Night Live back in 2016. Pete had joined Ariana in the stage for her opening monologue. However, it is unclear how the two connected now. The pair is also yet to comment on their dating status.

The dating news of the two came out after both Pete and Ariana ended their relationship with their former partner. Before Ariana, Pete was in a relationship with girlfriend Cazzie David for two years. He publicized his split with Cazzie during an interview on Complex's show Open Late With Peter Rosenberg on 16 May 2018.

He announced his split and also stated that Cazie would be fine without him.

“We’re not together anymore. Very talented girl, she’ll be great and she’ll be fine." Likewise, it has also not been long for Ariana as she disclosed her break up with her two years boyfriend, Mac Miller via an Instagram story on 10 May 2018.

As Pete and Ariana both moved on a new relationship too soon from their break up, they are also rumored to have ended their former relationship for their current one.