Peter Cambor's Married Life And Wife is Something That Only Exists in His Professional Life; A Gay Man In Real Life?

By LRU Writer | On: October 10, 2017
Peter Cambor's Married Life And Wife is Something That Only Exists in His Professional Life; A Gay Man In Real Life? The popular television series NCIS: Los Angeles' actor Peter Cambor seems not to have any nuptials plan as of now as he is busy collecting all the fun of conjugal life through his acting career. 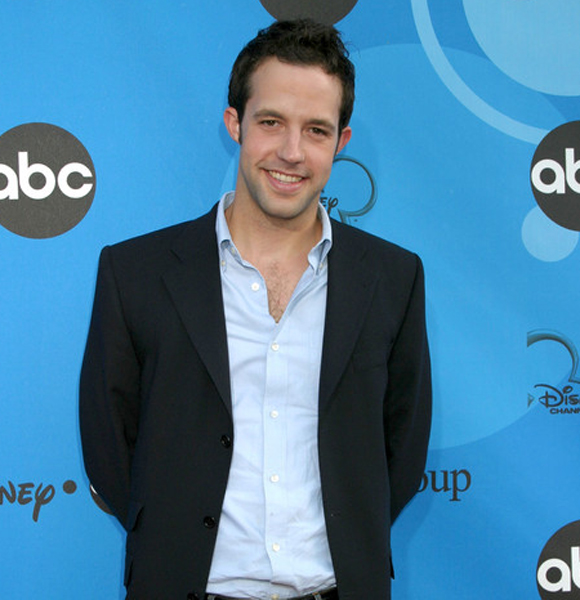 The popular television series NCIS: Los Angeles' actor Peter Cambor seems not to have any nuptials plan as of now, as he is busy collecting all the fun of conjugal life through his acting career.

While he may consider this to be fun, speculations related to him being a gay have already begun creating noise which thence compels us to look for if the supposition of the people is worthful enough!

Is Peter Cambor A Gay Man?

The 39-year-old actor, Peter is a favorite of most of the television series fans, as he has made his TV appearance countable through some of the best projects like 2016 Showtime series Roadies, NCIS: Los Angeles, Grace and Frankie and much more.

Moreover, this famous TV star also seems to have limited his married life within his onscreen roles and appears to be having just a reel wife. But, if a celebrity's romantic union with a girlfriend does not create headlines, means that he is a gay man in his real life?

Well, probably not, because the drama and sitcom actor, Peter was having a love relationship with a lady as per his tweets. He has gushed a lot more about his girlfriend while keeping her identity under the wraps, in the past.

Five years back, he tweeted about being ready to surprise his girlfriend on a date.

One and a half years later of the 2012's tweet, he even flaunted a picture of his girlfriend playing Suduko. However, he did not reveal the face, just to keep her out of the limelight. As of now, Peter hasn't mentioned if he is still in a relationship with his girlfriend or is now living his life as a single man. He is undoubtedly busy with his professional life and probably enjoying his unfulfilled marital relationship through his career.

Peter had previously partnered with Jennifer Westfeldt as love interests of each other in a sitcom series called "Notes from the Underbelly"; moreover, he has portrayed a role of a husband to a voice actress Kathryn Fiore in a TBS comedy-drama series, "Wedding Band."

Well, Peter had also mentioned his TV wife, Kathryn in his tweet in the year 2013 where he praised her for being fabulous.

Besides his love life and career, the operational psychologist of the NCIS: LA, Peter belongs to Houston, Texas and his family includes his father, Glenn Cambor, and mother, Kathleen Cambor.

Peter, who was born on September 28, 1978, attended the Deerfield Academy in Massachusetts and later went on to certify from Wesleyan University in Middletown, Connecticut with a BA degree in English in 2001.

After earning the degree in English, he joined the Institute for Advanced Theatre Training at Harvard University, Cambridge, Massachusetts to complete his master's in acting. Peter has lived and worked in both New York and Los Angeles although he hails from Houston, Texas.