Phoebe Dahl Has A New Lesbian Partner To Cuddle With! A Dating Affair after Split With Former Fiance Ruby Rose

By LRU Writer | On: July 30, 2017
Phoebe Dahl Has A New Lesbian Partner To Cuddle With! A Dating Affair after Split With Former Fiance Ruby Rose. Some people just keep dwelling on their past after a broken relationship while some people are willing to move on and be emotionally open for new relationships and 28-year-old fashion designer Phoebe Dahl falls in the latter category as she has found a new partner after she split from her former fiance Ruby Rose. 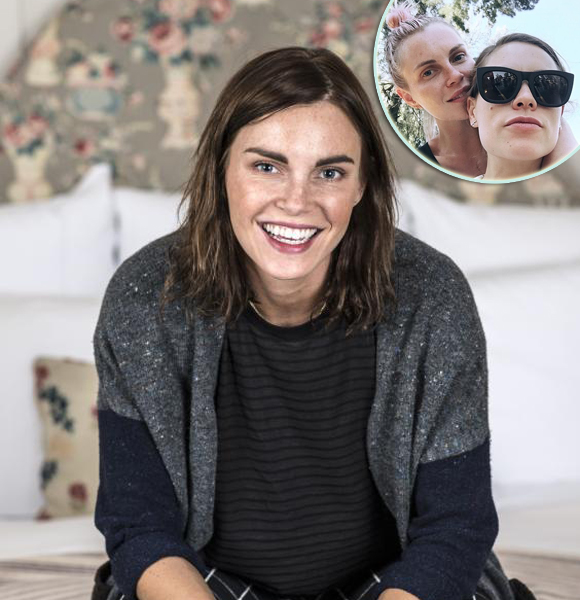 Some people just keep dwelling on their past after a broken relationship, while some are willing to move on and be emotionally open for new relationships.

Phoebe Dahl, who belongs to the lesbian side regarding sexuality, is the founder and CEO of the fashion line Faircloth & Supply, which is charitable. She was formerly in a relationship with her then-fiance, and "Orange Is The New Black" star, Ruby Rose.

The two were an item for more than a year, starting from 2013 to late 2015. The two got engaged in 2014 and kept it to themselves for 20 months. Just when they were about to announce the engagement and further plans on getting married, the two split.

Talking about their split, Rose spoke,

After two wonderful years together, Ruby and I have decided to part ways... While we still love each other and support each other in every way, it is our mutual decision to part ways. Our break is not the result of any media speculation, and we want nothing but the best for each other. Thank you for respecting our privacy in this very difficult time.

The two former partners also took over their respective Twitter accounts to share that; despite their split, they will admire each other forever.

@FAIRCLOTHSUPPLY remains very dear to my heart. I will forever treasure our time together. I’m a better person because of all we shared

But what was the reason behind them calling their engagement off?

There were some rumors that the reason behind the breaking off of the engagement was cheating! Rose shared a photo on her Instagram, which showed the fans that she was cheated on.

She later deleted the post, and no official confirmation did come from her end either. That is why those were limited to only rumors.

But judging by how they both shared on social medias about their mutual admiration despite the split, it's probable that there was any truth to those cheating rumors.

While they were in a relationship, they were just adorable together.

It was the fourth split for Rose, as she formerly was in relationships with Lyndsey Anne McMillan, Catherine McNeil, and Lia-Belle. But currently, Dahl has a new partner in life, and they seem all loved up with one another.

Although Dahl has been quite silent about their relationship in public, she and Tat Deleon have been vocal about their love over on Instagram,

Dahl even calls Tat her mirror.

Another example of their love was witnessed when Dahl wished Tat on her birthday.

Although no official statements about the tenure of their relationship have been made public, they are in total love with one another.

This fashion icon and model, who has touched a greater height in her career, was born as- Phoebe Patricia Rose Faircloth, to her parents; father, Michael Faircloth, and mother, Lucy Dahl on November 4, 1988, in LA.

She also has a sister named Chloe Michaela. Phoebe is also the granddaughter of Roald Dahl and model Sophie Dahl's cousin.

Think we missed something? Notify us in the comment section below!