Pico Alexander Has Girlfriend? Or Dating Affair Only Exists On Screens?

By LRU Writer | On: February 19, 2018
Pico Alexander Has Girlfriend? Or Dating Affair Only Exists On Screens? Similarly, American actor, Pico Alexander, who is winning every girl's heart with his captivating looks, is someone who has a list of his on-screen affairs. But, is he entitled to a relationship off-screen as well? Keep entertaining our story to find a better story. 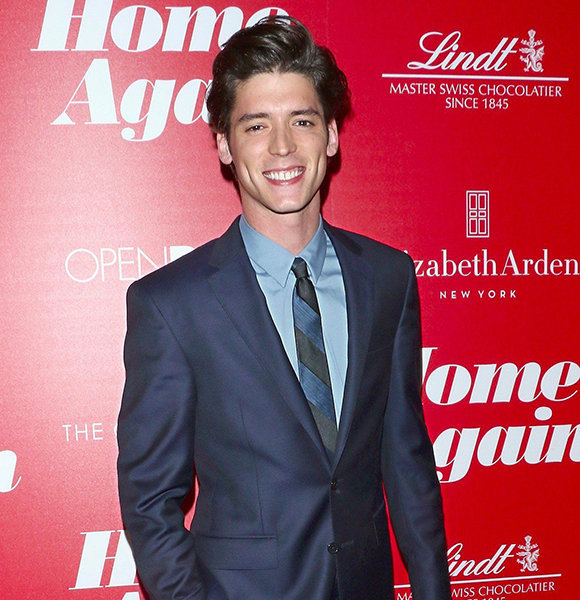 The idea of a couple romancing, portrayed in books and movies even make one wish to be love in a similar manner in real life as well. However, it may be quite difficult to realize that all of it happens under a category called, 'on-screen.'

Similarly, American actor, Pico Alexander, who is winning every girl's heart with his captivating looks, is someone who has a list of his on-screen affairs. But, is he entitled to a relationship off-screen as well? Keep entertaining our story to find a better story.

Actor Pico Alexander, who studied acting at  La Guardia High School and Mason Gross School of Arts, is making a place for himself in the entertainment world with his performances. He is known for starring on several TV shows such as 'Alpha House' (2013), 'Blue Bloods' (2010) and 'The Following' (2013) to name a few. Additionally, he has worked his magic of acting on the big screen being associated with movies like 'A Most Violent Year' (2014) and 'Indignation' (2016).

However, the 26-year-old charming actor reached a new height of fame, when he got the opportunity to star in the coveted movie, 'Home Again' (2017). Moreover, Pico essayed the role of a young filmmaker, 'Harry' who eventually becomes a love interest of 'Alice Kinney.' The character of Alice- a forty years old lady, an ex-wife wanting to start over, was portrayed by the popular actress, Reese Witherspoon.

Undoubtedly, the fans adored the romance of the on-screen couple, but, more than that, they became overwhelmed with Pico's looks.

However, when it comes to the young actor's dating life with girlfriend off-screen, there is good news for all the ladies out there! It seems as though the actor is single as he hasn't shared about his dating life with anyone and further, has kept his personal matters far away from the spotlight. But, he could be sporting a romantic relationship behind the cameras.

"I think that I spent too much time comparing myself to other people and it didn’t seem very real anymore. All of a sudden you have more than a thousand friends and everybody is posting all the best things that happened to them. And it kind of unsettled me really. I started posting a status and waiting to get the likes. If I got the likes then I was validated as a human for that day and if I didn’t it was like “f***, nobody likes me”

It looks like the young heartthrob is prioritizing his career as of now!

Did you know that Pico's real name is Alexander Jogalla and there is a fun fact associated with his name? Well, his grandfather started referring to him as, 'Pico' while his mother was pregnant with him. Later, he was named Alexander Jogalla, but nobody expects a teacher in sixth grade called him Alexander.

Additionally, Pico comes from an 'artistic' family background. His father, Lukasz Jogalla, is a cinematographer, his mother, Magdalena Deskur, attended music school of Polland and his grandfather, Jerzy Jogalla was an actor as well. Back in 2016, he shared his early memory of being on the set as,

" I’d say so. My dad is a cinematographer, my grandfather was an actor in Poland, and my mom went to music school back in Poland. I was always watching movies and visiting my dad on set. My earliest memory is Cop Land [1997] with Sylvester Stallone. He was sitting in a car and he invited me to come sit with him. On the take, I remember he had me duck down in the front seat of the car. I remember Analyze This [1999]; there was a shoot-out at the end, and that was all I cared about. At the end of every take, I’d go around and collect the empty shells. I think I still have a bag of them. "

No wonder Pico nails in what he does!