Previously Married Richard Engel Welcomes A Baby Son With Loving Wife; Any News On Next One? 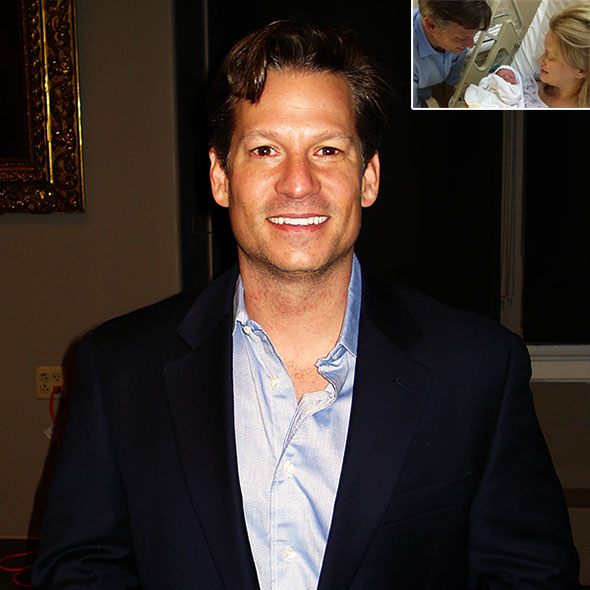 Let’s take a quick glance at the previous marriage and also get the recent updates of Richard Engel in our story today.

Happily married now; what about the past?

The American journalist Richard Engel has recently welcomed a son with his wife of a couple of years, Mary Forest. He took to the Twitter to share the euphoric news with the picture of newly born, and the baby's mother, he wrote,

"couldn't be happier to welcome our baby boy. mom and baby both well. so excited for his, and our, adventure.

But is the couple planning to increase their family? Well! For now, no news is heard from the pair, and we believe 43 years old journalist will surely share his happiness with all of his fans and followers as he always does.

The two got married after five years of relation on May 29, 2015, which was a low-key city hall marriage and he posted the news on his Twitter account on which we could see all the excitement.

Talking about their first meet, the veteran journalist met his now wife Mary Forest while making his guest appearance on the Martha Stewart’s show seven years ago. No such revelation has come forth from the couple’s side about their relationship. As of now, the couple is sharing a healthy relationship following two years of marriage with a son.

Getting back to the award-winning journalist past life, he was previously married to his girlfriend whom he met at Stanford University, but the name and when they got married hasn’t been revealed officially by Richard Engel.

As per sources, when he was a foreign correspondent while covering war news of Iraq for NBZ news, on the process his marriage became a casualty of the war, and the pair got divorced in 2005. His dedication towards his works has been incredible, but that cost him with his wedding. For that he said,

"There is no personal life. This is what I do all the time. It's not a solitary existence like I'm riding a camel in the desert, but you just don't have any personal space."

Although his fans know that he was previously married, he seems to have left that way behind him and thus, he has not been vocal about it as much as his fans and general media would like him to be. Fair enough.

Now as we have known about his girlfriend turned wife and his healthy marriage life, the speculations of him being a gay is just limited to the people's assumptions.

Born on September 16, 1973, an American journalist and author Richard Enge is mostly famous for his contribution in the field of media and coverage.

He is currently the chief news correspondent for NBC and has made quite the name for himself with his coverage of grueling Iraq wars and such cases. That has paid him real rewards in his career, and he has been able to accumulate a good sum of money in his career.

He gets paid a handsome salary, but despite that, Richard Engel is yet to release any official statement regarding his net worth.