Rachel Feinstein Too Strong And Funny To Get Married And Have A Husband?

By LRU Writer | On: February 15, 2018
Rachel Feinstein Too Strong And Funny To Get Married And Have A Husband? You must have known the American actress and stand-up comedian, Rachel Feinstein for her hilarious jokes and the feature film 'Her Composition,' where she plays a comedian performing as herself. 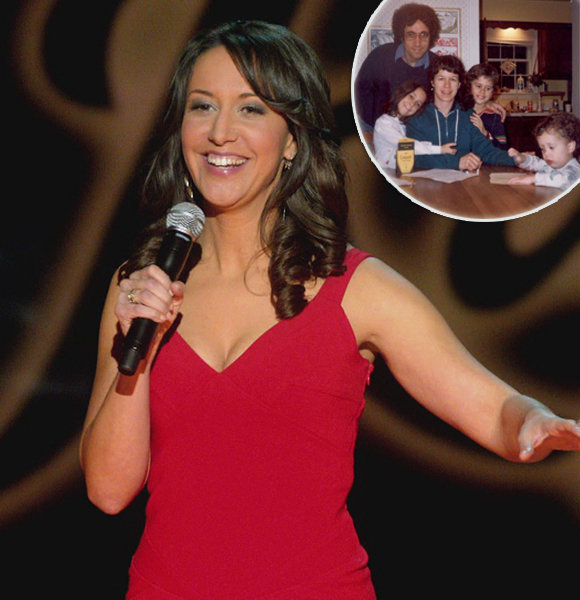 You must have known the American actress and stand-up comedian, Rachel Feinstein for her hilarious jokes and the feature film 'Her Composition,' where she plays a comedian performing as herself.

But behind the witty jokes and humor, Rachel Feinstein does have her dating affairs, creating a tale for the fans and admirers.

Well, isn't it a big curiosity to know whether Rachel's dating affairs will lead to her married life and a husband?

Moving to New York just at the age of 17, Rachel Feinstein has uplifted her career and carved her name on both acting and stand-up comedy. Her dating affairs do not seem to have received the same upbringing, as she is yet to get her name on the list of the married.

Though Rachel has made the revelations of having a boyfriend in the past, she has not presented anyone as her husband to her fans yet.

Back on 12 March 2004, Rachel gave a hilarious talk where she mentioned having a boyfriend who was black, presenting a humorous talk based on her interracial relationship. However, it remains unclear whether it was an anecdote or just a joke.

Following the video, Rachel posted a funny tweet on 21 April 2010, where she mentioned “x boyfriend.” Known mostly for her humor, Rachel showed her funny side even in her dating life.

Likewise, Rachel, who stands at the height of 5’7” (1.7 m), gave an interview where she mentioned about her ex-boyfriend. In the interview with Paste magazine on 4 September 2014, Rachel was asked whether it would be her friends or parents to get paranoid if she used them in her acts.

Rachel mentioned her boyfriend in the past while replying,

“I remember a boyfriend I used to date. I did an impression of his mother, and he would take this quiet walk whenever I’d do the impression.”

She also revealed that she had a new boyfriend at the time she gave her interview, saying,

“My boyfriend now is cooler with that stuff.”

When she was further asked whether she has drawn inspirations from her then-boyfriend in her act, Rachel replied,

“He had this belly ring that I was horrified by. It didn’t match any other aspect of his personality. [He’s] a pretty manly guy and then all of a sudden he had a belly ring? But I was like, “I have to process this in front of the people,” so I talk about it on stage, and it’s frustrating because he’s so embarrassed about it because he just didn’t realize it. In no other way does he adorn himself or act like that, but he did this thing—this sinister thing—and I had to process it. He’s cool with it. When I talked about it on stage he realized how lame it was once everybody laughed heartily at it.”

Though Rachel has mentioned her boyfriend and ex-boyfriend, she has not disclosed any of their names till date. Moreover, her social media is of no avail as no insight of her dating affairs is offered. However, the comedian's social media does showcase the love she has for her parents and family.

Rachel Feinstein's throwback photo together with her family (April 11, 2015)

It seems Rachel is enjoying her family time, but keeping her dating affairs on hold!