Relationship Goals! Kelli Berglund Being Arrested Did Not Stop Dating Affair With Boyfriend

By LRU Writer | On: June 18, 2017
The beauty of the height five feet and four inches, Kelli is a fashionista, and she has launched her capsule collection called “Muse” in collaboration with The Style Club on December 5, 2015. A person dressing speaks volumes about their personality so does their tattoo. And Kelli Berglund got her first tattoo during New York Fashion Week 2016. As Nick Cannon states in the relationship quote,

"Nobody can predict the future. You just have to give your all to the relationship you're in and do your best to take care of your partner, communicate and give them every last drop of love you have. I think one of the most important things in a relationship is caring for your significant other through good times and bad."

Only few couple can stand with each other at bad times, and it is the ultimate test of your relationship. Similarly, Kelli Berglund and her boyfriend are among the few couples who are giving relationship goals as the dating affair continued despite her arrestCuriousus to know about the beautiful couple? Let's dig in.

Lab Rats actress Kelli Berglund went to Coachella Music Festival organized on April 2016. During the music festival, she was attempting to access the restricted area with a fake ID as reported on April 20, 2016.

Kelli tried to enter the restricted zone to meet her friends with fake identification, and the security staff spotted Kelli’s false identification. Following the incident, she was taken into arrest. The police took her fingerprints and also captured a picture on the site, and then the citation was issued. However, Kelli was not ordered to leave the music festival and to keep the bitter experience aside; she enjoyed the music festival. And she shared the pictures from the event through Twitter and Instagram in April 2016. 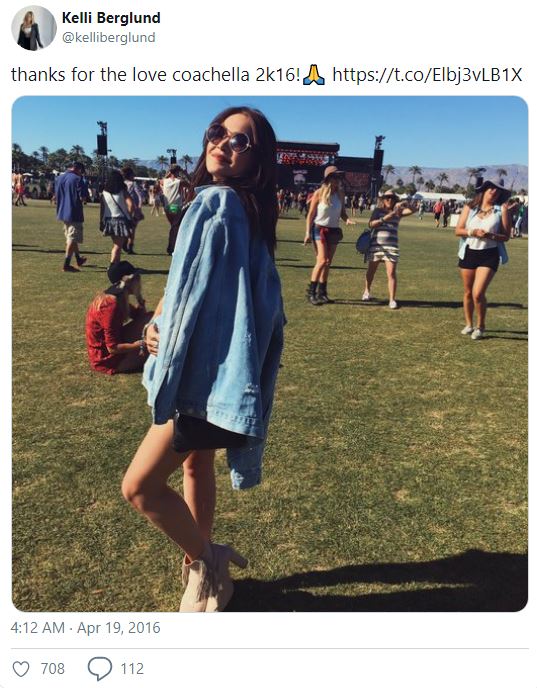 Following the arrest, Kelli was in a happy relationship with her boyfriend, Tyler Wilson as evident in their tweets. And one of Kelli's follower questioned her boyfriend's reaction to it. And Kelli acknowledged Tyler Wilson as her boyfriend and even assured that Tyler would appreciate her previous tweet through Twitter on July 12, 2016.

Kelli's thought turned into reality, and Tyler appreciated and even accepted that Bradley Steven Perry is an "undeniable hunk" through Twitter on July 12, 2016.

The tweets reflect that Kelli has an understanding boyfriend and respects her friendship with her friend, Bradley Steven Perry.

As per reports, Kelli and Tyler are dating each other since April 2016. The speculation of Kelli Berglund dating Tyler Wilson sparked when she posted a picture of Tyler Wilson via Twitter on April 4, 2016, with a caption "I feel a little lost in your daze." 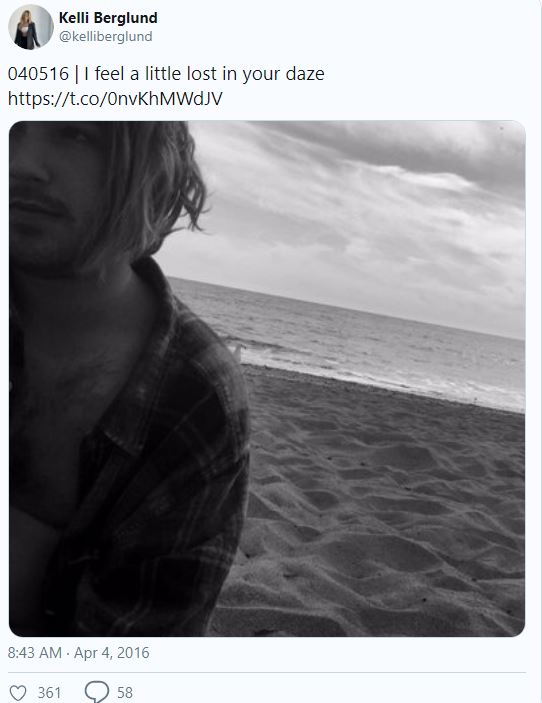 Also, Tyler Wilson replied to her tweet instantly on April 4, 2016, and even said that Kelli looked cute.

Before dating Tyler Wilson, Kelli was in a relationship with Sterling Beaumon. During the happy times back in March 2015, Kelli shared a picture through Facebook, where her then boyfriend Sterling had surprised her on the occasion of their three months anniversary.

But the relationship of Kelli and Sterling Beaumon could not survive, and they suffered a split. The news was revealed through question and answer session on Facebook. On October 19, 2015, during a question-answer session with her fans, she was asked if she has a boyfriend. And she replied with a no. Caption: Kelli Berglund answered she did not have a boyfriend on October 19, 2015.

In the popular Disney show Lab Rats, Kelli Berglund was paired with Billy Unger, and they share a lovely bonding of friendship off screen as well, and their fans have shipped their names together as “Belli.” Alike regular friends, Kelli and Billy get along very well, but they tease each other too.

The Lab Rats stars Kelli and Billy appeared in an interview on August 15, 2015. In the interview, they talked about Disney and also shared their summer plans. Kelli shared that she wants to be in California and go to beaches while Billy wanted to travel to different places.

Caption: Kelli Berglund with Billy Unger in an interview with Radio Disney published on August 15, 2015.

The beauty of the height five feet and four inches, Kelli is a fashionista, and she has launched her capsule collection called “Muse” in collaboration with The Style Club on December 5, 2015. A person dressing speaks volumes about their personality so does their tattoo. And Kelli Berglund got her first tattoo during New York Fashion Week 2016. She inked “vigilans diligentia auxilium” on her left arm which means a Watchful Diligence Assistance.

Also, Kelli shared the painful memory of tattooing through Instagram where she is having lollipop while inking a tattoo on September 15, 2016.

Kelli is rising high in success in her professional life and in her personal life, she is enjoying her romantic life with her understanding boyfriend, Tyler Wilson and their fans wish for years of togetherness!