Ricky Garcia Spent Valentines Without a Girlfriend! Desolated by Past Affair?

By LRU Writer | On: January 25, 2018
Ricky Garcia Spent Valentines Without a Girlfriend! Desolated by Past Affair? A talented actor Ricky Garcia illustrates the above scenario perfectly, as he too went through couples of relationships but slipped to sustain it. But despite the heartbreak, he got relationship's pearls of wisdom from those failed affairs. 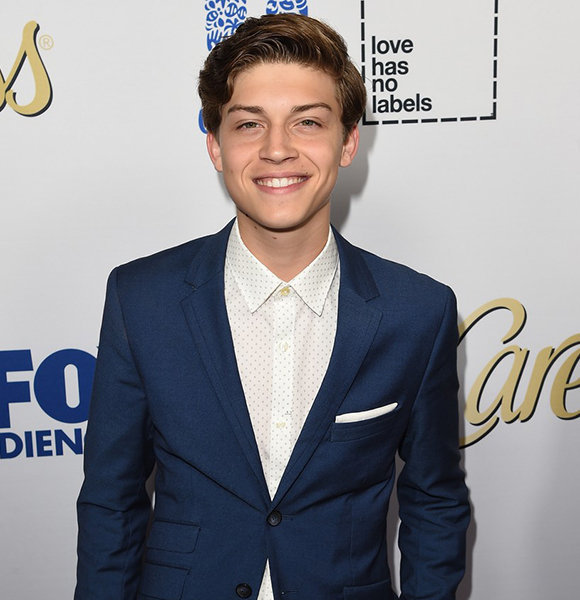 Falling in love with someone is never an error; it either turns out to be a genuine relationship or serves as a better incentive for upcoming hurdles.

A talented actor Ricky Garcia illustrates the above scenario perfectly, as he too went through couples of relationships but slipped to sustain it. But despite the heartbreak, he got relationship's pearls of wisdom from those failed affairs.

So let's take a peek at his present relationship status and address some other personal issues on the way!

Valentine's day can still be good with out dating someone ?? — Ricky Garcia (@RealRickyGarcia) February 14, 2017

Ricky had an excursion by being single in current year's Valentine doesn't anticipate that he didn't have a girlfriend in the preceding years too.

Ricky Garcia, the young and most admired singer, had an intimate relationship with Dance mom's star Chloe Lukasiak when he got a moment to introduce himself to Chloe at the 2015 Radio Disney Music Award.

The adorable couple, who got the sweet nickname "Clicky" from their devotees, was spotted together frequently in various events. However, they didn't get the opportunity to celebrate their 1st anniversary, as they split up in May 2016 due to their hectic schedule.

Henceforth, Chole's fans started criticising Ricky, blaming that he split up with Chloe to raise his popularity. But when Chloe's fans went straight to blaming Ricky for the split of their bonding, Chloe commented on Ricky's photo on Instagram implying Ricky remained innocent.

Even though they cut up their relationship, they remain close friends and support each other, which can be clarified after having glimpses in Rickys Instagram post.

Before Chloe Lukasiak, Ricky Garcia had an affair with the dancer Destiny Rogers. But their relationship ended abruptly, and as per Destiny, the main reason for their split was Ricky's interest in other girls besides her.

After detachment from Chloe, Ricky was located hanging out with model Beatrice Vendramin. The issue grasped further attention after he took Beatrice to the 2016 Radio Disney Music Awards. There is no doubt that Ricky and Beatrice are attracted to each other and spend moments together, but they are yet to come as the couple, publicly.

Ricky Garcia, born on January 22, 1999, in Roosevelt Roads Naval Station, is an American actor and Singer. Ricky, who stands at the height of the 175 cm, resides in Los Angeles with his parents and two elder siblings.

Despite having a US Navy marine as a father, he crafted his career in the realm of the entertainment industry. As an actor, his debut movie was 'Mantervention' released in 2014.

Besides that, Ricky released 'Forever in Your Mind' band's first extended play 'FIYM' in July 2016. Ricky, who is best known for Bigger Fatter Liar (2007), was a model before acting. He came into the hive through an audition on X-Factor series and after being admired by his fans for his dedication towards his career.