RJ Cyler’s Dating Status: A Girlfriend To Flaunt Or A Gay Man?

By LRU Writer | On: March 23, 2018
RJ Cyler’s Dating Status: A Girlfriend To Flaunt Or A Gay Man? Celebrities usually intend to conceal their personal life especially their love, but their fans are keen to know every possible detail about their personal life. In this segment, we would shed light on the romantic aspect of American actor RJ Cyler and will serve the curiosity of the fans. So, without further ado let's get started! 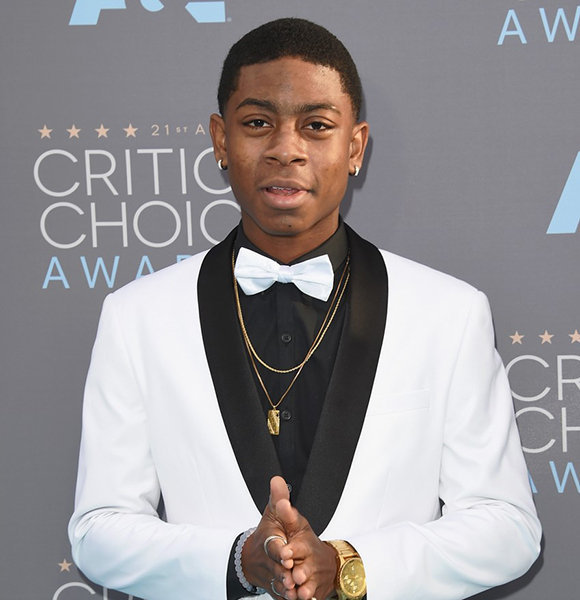 Celebrities usually intend to conceal their personal life, but their fans are keen to know every possible detail about their favorite celebrity.

In this segment, we will be shedding light on the romantic aspect of American actor RJ Cyler and will try gratifying the curiosity of the fans who crave to know more about this aspiring actor.

RJ Cyler, who is known as Blue Ranger in 2017 reboot of the Power Rangers is just 23 of age. He has chosen to keep his romantic association out of the limelight; thus, the fans are deprived of witnessing his love life.

Apart from addressing Andrea K. Torres as his girlfriend via Twitter back in 2015, he hasn't revealed anything about his girlfriend.

Further, he romantically welcomed the year 2016 by tweeting:

Well, he seems to be quite skilled at hiding his romantic affair from the media; neither has he been spotted with a lady who could be conjectured as his possible girlfriend nor has his romantic relationships surfaced the media.

Hence he remains single in the eye of the public; however, the chance of his secret romance remains prominent. But arriving at any conclusion regarding his love life in the absence of his statement would be a moot attempt, so it seems that waiting is the only option!

He could not escape from the gay rumors while keeping his romantic life obscure, but can open be concluded as gay on the basis of his preference to keep his love life private?

RJ Cyler was born on 21 March 1995 in Jacksonville, Florida as a Ronald Cyler II. RJ is the youngest child among three children of Katina, a cook and Ronald Cyler, a truck driver. Later in 2013, he moved to California with his family and completed his high school education there.

RJ loves his family and also posts pictures with his parents via social media. In June 2017, he Instagrammed a photo wishing his father on the occasion of Father's Day. RJ started his acting career co-starring in the film Me and Earl and the Dying Girl, based on the book of the same title by Jesse Andrews in 2015. Later in 2016, he appeared in the HBO comedy series Vice Principals.

In 2017, RJ was cast as Billy Cranston/Blue Ranger in Lionsgate’s reboot of the Power Rangers. On the same year, he was cast in the ensemble of I'm Dying Up Here, a Showtime drama produced by Jim Carrey.

Currently, his two films Sierra Burgess Is a Loser and White Boy Rick is set to release in 2018. His involvement in the entertainment industry must have showered him with a decent net worth despite the fact that the exact figures remain confined.

Keep visiting for the emerging updates on the life of RJ Cyler!